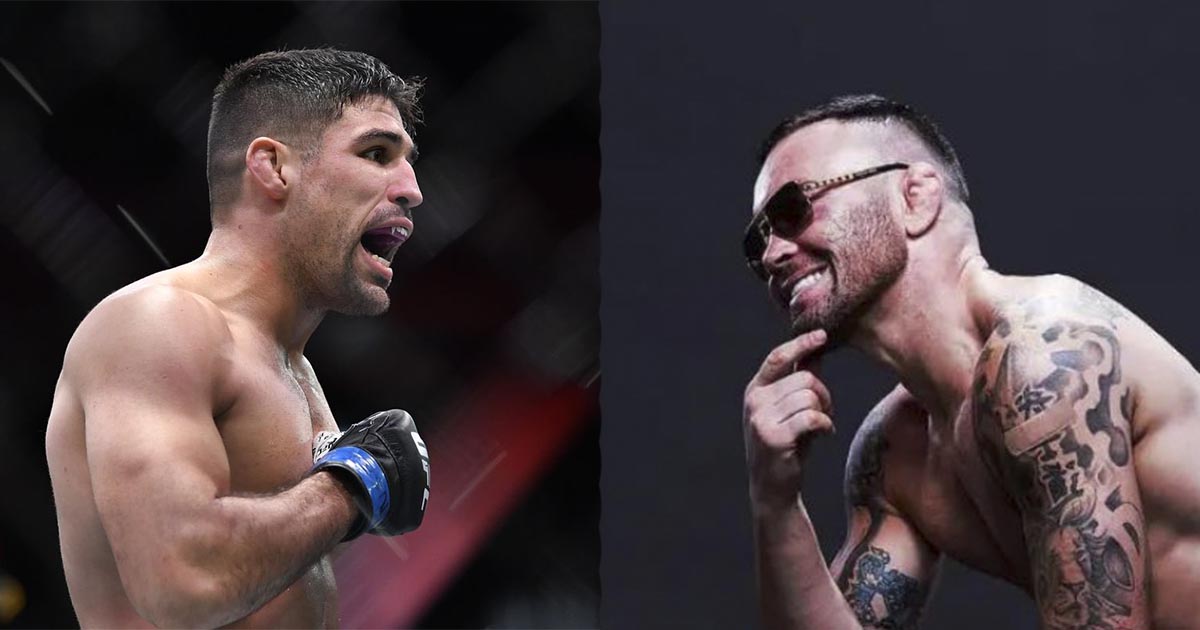 Vicente Luque believes fighting Colby Covington down the line makes sense for his title ambitions in the welterweight division.

‘The Silent Assassin’ believes that a win over a former interim champion like Covington is likely to earn him top-contender status in the 170 lbs division.

While Luque doesn’t appreciate Covington much as a human being, the Brazilian hails ‘Chaos’ as a world-class fighter who “really puts his heart in the fight.” He feels that a potential clash against the former two-time title challenger would make for an intriguing matchup for the fans.

Luque also made it clear that he’ll look to finish Covington if they ever cross paths inside the octagon in what would be a statement-making win. During a recent interaction with ESPN MMA’s Marc Raimondi, the welterweight contender stated:

“He’s [Covington is] number one contender, he’s coming off a win, I don’t know what’s gonna happen in the division until I fight and after I fight, it might be a good fight for me to secure that number one contender [spot] and then get the next title shot, so we got to see what’s going to happen.“

Vicente Luque feels he could kill two birds with one stone if he fights Colby Covington down the line. While beating him could earn Luque a title shot, the Brazilian explained that fighting Covington would also prepare him well for a potential title clash against reigning champion Kamaru Usman.

According to the 30-year-old, both Covington and Usman have a wrestling-heavy style, so fighting ‘Chaos’ would be hugely beneficial.

“He’s [Covington is] a wrestler, he’s a guy that’s going to try to control me very like Kamaru would try to do against me. So I think it would be a good training, you know, going there, five rounds [against] a guy like Colby, go out there, try to beat him and and secure my number one spot.”

Vicente Luque is currently on a four-fight win streak inside the octagon. The No.4-ranked contender is scheduled to rematch Belal Muhammad in a welterweight clash which will headline a UFC Fight Night event on April 16.