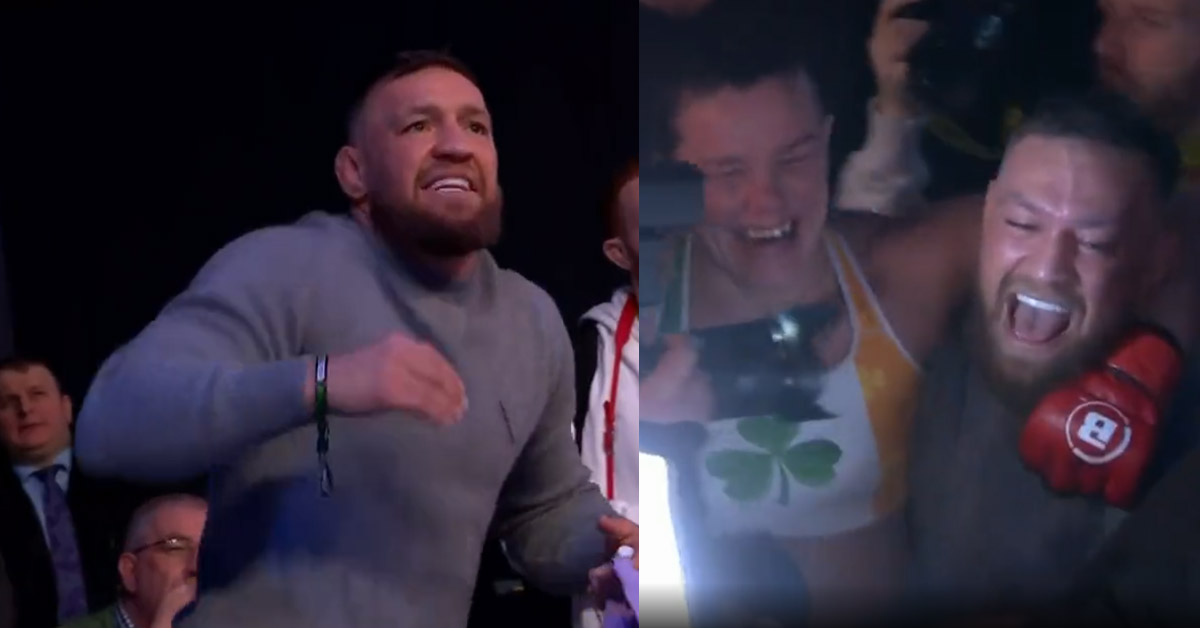 UFC megastar Conor McGregor was in attendance at the 3Arena in Dublin, Ireland, for the Bellator 275 event on Friday.

Kavanagh – who trains alongside McGregor at the SBG (Straight Blast Gym) in Dublin – defeated Leah McCourt via unanimous decision despite suffering a mid-fight knee injury. After that, McGregor helped carry Kavanagh to the backstage area after she exited the cage.

‘The Dreamcatcher’ once again showcased his veteran savvy and caught Vanderford early in the fight. Mousasi landed heavy strikes on the feet and follow-up strikes on the ground. He finished Vanderford via first-round TKO and successfully defended his Bellator middleweight belt.

The event also featured several other entertaining matchups. Needless to say, Dublin native and MMA legend Conor McGregor seemed just as excited to watch the action live as most other fans at the packed 3Arena.

In an edition of his Believe You Me podcast, Michael Bisping alluded to the possibility of McGregor fighting for the UFC lightweight title in his comeback fight this year. UFC lightweight champion Charles Oliveira is expected to defend his belt against Justin Gaethje at UFC 274 on May 7.

Many believe that the winner of the February 26 UFC Fight Night headlining matchup between Islam Makhachev and Bobby Green could fight the Oliveira-Gaethje winner for the belt next.

Nevertheless, given McGregor’s star power, the consensus is that his much-awaited return from his injury hiatus could witness him being booked to fight for the lightweight belt this year. Bisping, for his part, has opined that reigning UFC lightweight champion Charles Oliveira is a good stylistic matchup for McGregor. ‘The Count’ said in this regard:

“Conor’s got good takedown defense. In the fight against Khabib, yeah, Khabib dominated that fight, but in the first round it was very hard for Khabib to get him down. Conor was fighting off those takedowns for quite some time, so he’s got a good takedown defense and decent jiu-jitsu as well. On the feet, I think he’d light Charles Oliveira up, and if Charles couldn’t get it down to the floor, Conor could get a knockout.”