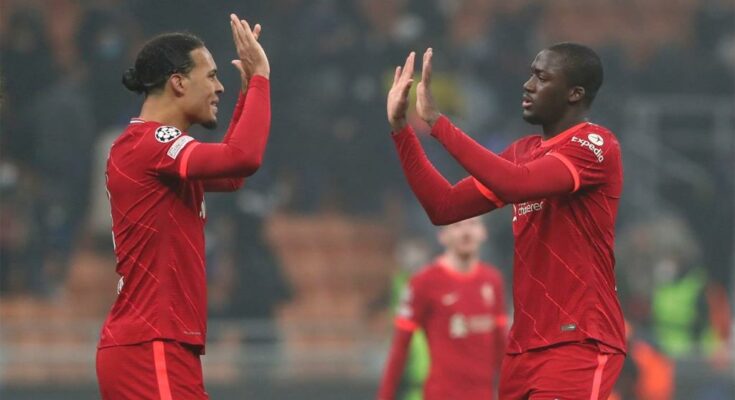 Liverpool defender Virgil van Dijk recently revealed why he has developed such a good friendship with Ibrahima Konate.

The Frenchman arrived at Anfield last summer from RB Leipzig. He started alongside Van Dijk in the Champions League final against Real Madrid despite facing competition from Joel Matip and Joe Gomez.

Konate played 29 times in his debut campaign under Jurgen Klopp. Van Dijk has described how he formed such a good relationship on and off the pitch with the 23-year-old. He told Liverpool’s official website:

“He’s a very, very good player. What I like the most about him is the will to learn each and every day as well. Obviously, there are loads of things that can improve – and that’s good because he has time, he needs the experience. In my opinion, experience is a big thing for a centre-half to learn and to take with you.”

Joe Gomez signed a long-term contract extension earlier this summer despite being lower down the pecking order of the Liverpool centre-backs. Gomez has also had to deal with numerous injury problems. The 25-year-old made 21 appearances for Klopp’s side last season.

Van Dijk expressed his joy over his colleague signing a new deal at the club. The Dutch international heaped praise on his fellow defender, as he proclaimed:

“We spoke about it before he signed the deal and I’m just very happy that he’s staying at the club, staying with me. Also, I’m happy for the club that he’s signed.”

“He is, in my opinion, [one of] if not the best English centre-back around. Obviously, we’ve both been very unlucky with the injuries we had. Obviously, his time will come again and hopefully this season he can show that.”

On competing for places in defense, the 31-year-old added:

“It’s quite special to have these boys around. Different qualities, each and every one of us, but we complement each other very well. Whoever is playing, we support each other in every single competition. That’s key to success, so hopefully, we can keep that going.”