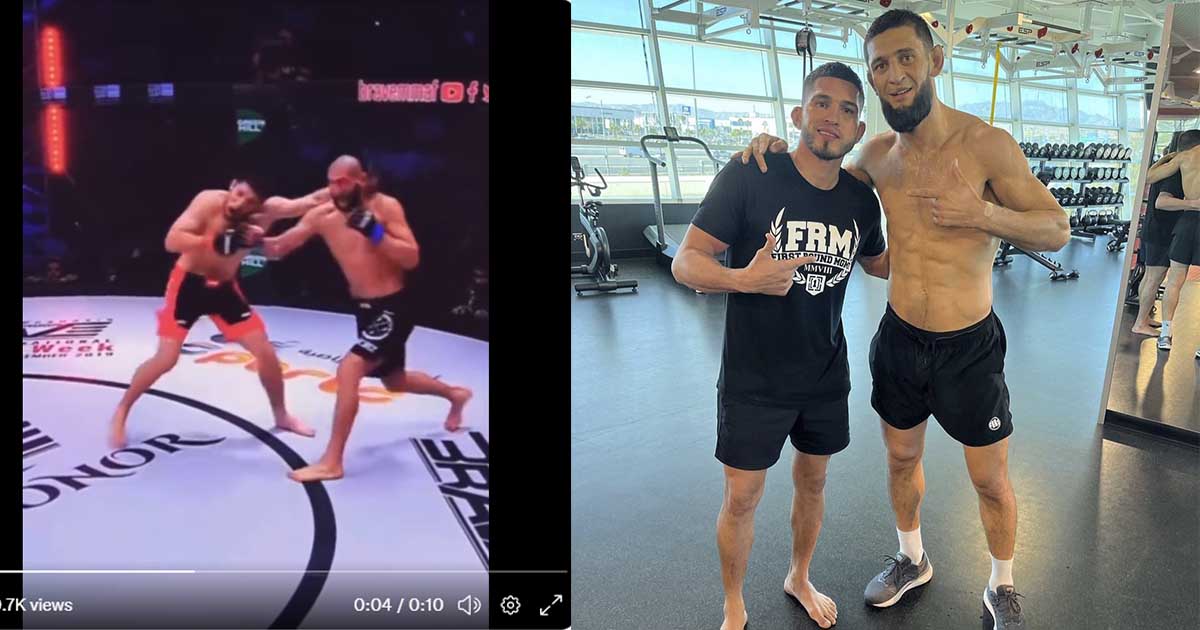 As Khamzat Chimaev prepares to return to the Octagon, footage has re-emerged of one of his best pro MMA wins.

This Saturday night at UFC 273, Khamzat Chimaev will attempt to grow his legend even further when he steps into the cage to take on Gilbert Burns.

“Borz” is 4-0 in the UFC and while he’s already being viewed as a potential title holder, he needs to beat someone like Burns first before he can even think about getting a shot at welterweight king Kamaru Usman.

Of course, as is the case with most UFC fighters, Chimaev did a lot of great work outside of the UFC before even stepping foot in the promotion.

In the following clip, the 27-year-old can be seen securing one of the most impressive finishes of his career at Brave CF 23 in April 2019.

The knockout win came in Jordan against Ikram Aliskerov and helped to take Khamzat up to 5-0 in his mixed martial arts career.

In total, throughout his ten victories, he’s got six knockouts and four submissions on his resume with a two and two split in the Ultimate Fighting Championship.

Of course, we all know what Gilbert Burns brings to the table as a former title challenger – and “Durinho” isn’t the kind of man to back down from a challenge. If Chimaev is serious about going all the way and taking on Usman, he may need to face the reality of a third round for the first time since turning professional.

Either way, in case anyone needed reminding, Khamzat Chimaev is a real problem for everyone at 170 pounds and 185 pounds.

What has been the most impressive win of Khamzat Chimaev’s career so far? Do you think he should be such a strong favourite against Gilbert Burns or are bookmakers underestimating what he can do at the elite level?