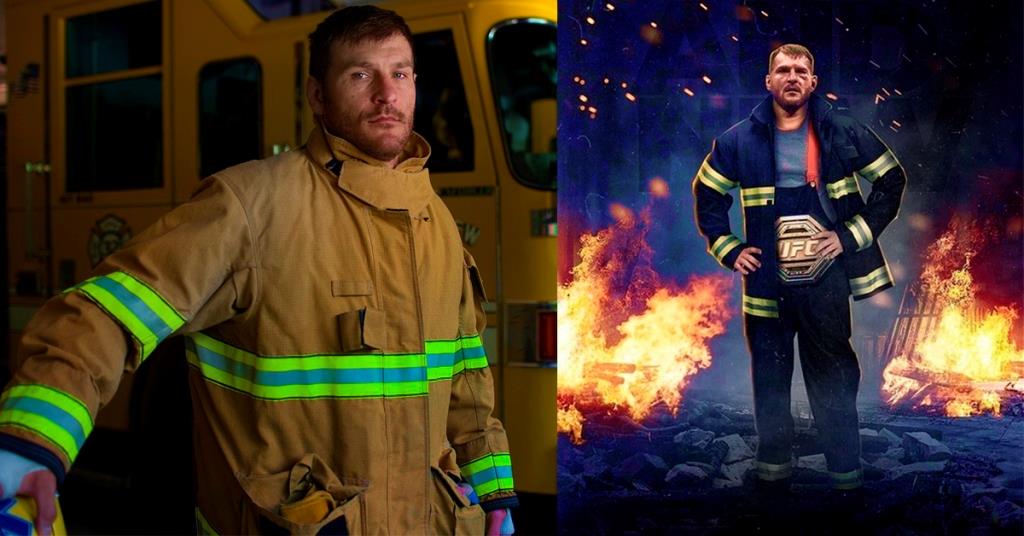 The American Mixed Martial Artist is regarded as one of the greatest heavyweights in UFC history. Not only has he gone against legends like Daniel Cormier, Francis Ngannou, Alistair Overeem, and Junior Dos Santos in the past, but has defeated every single one of them. Now, he strides into a new role, that of a full-time firefighter.

The mayor of the city Dennis M. Clough said:

“This is a historic day for the city of Westlake,” as Stipe Miocic landed himself a public service role.

The legendary heavyweight spent over a decade battling flames and heavyweights simultaneously. And now he’s stepped into the boots of the very ‘heroes’ he’s admired for long.

However, this news has also sparked rumors of Miocic retiring from MMA, but ‘The American Gangster’, Chael Sonnen thinks otherwise.

Chael Sonnen believes Stipe Miocic is all set to return

Former UFC title challenger Chael Sonnen has some “inside scoop” on Stipe Miocic’s octagon return. Miocic has missed UFC action ever since he lost to current UFC heavyweight champion Francis Ngannou at UFC 260 via a second-round knockout.

The legendary trash-talker claims that he’s had a conversation with Miocic’s wife and she has given him an insight that the former champ has put on 20-pounds of muscle and is currently weighing 249-pounds.

This comes amidst talks of a super match between Miocic and light heavyweight GOAT Jon Jones, who’s eyeing at the heavyweight strap.