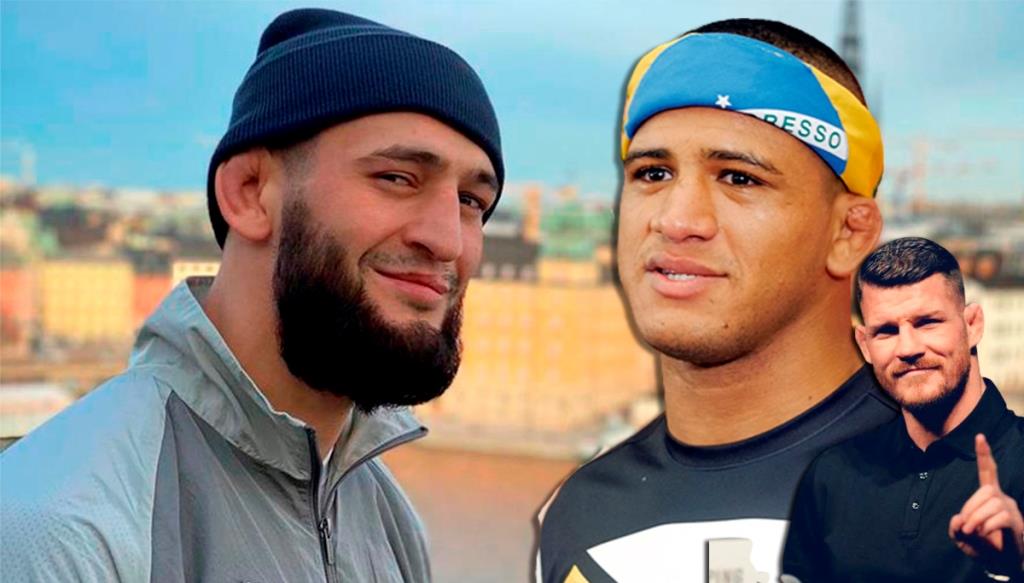 Michael Bisping wants Gilbert Burns to be Khamzat Chimaev’s next opponent “We’ve got to give him a real test” .

During a live Q&A session on his YouTube channel, ‘The Count’ was asked if he thinks Burns is too big of a step up in competition for Chimaev. Bisping responded by stating:

“I don’t think he’s too big of a step up. I think Chimaev is more than capable of handling that. He’s had four fights in the UFC and smoked everybody. So, now it’s like, well, we’ve got to give him someone good. I don’t mean good. Pardon me. He’s beaten very, very good competition. But I mean, we’ve got to step it up. We’ve got to give him a real test, and Gilbert Burns is. And Gilbert Burns seems down for it. And Chimaev seems down for it.” Bisping added, “And when he’s been as popular and successful as he has, now it’s time to start giving him serious fights.”

Bisping harked back to a conversation between himself and the UFC’s old matchmaker Joe Silva several years back. ‘The Count’ recalled that in the early days of the UFC, newly-signed UFC fighters would sometimes find themselves facing top-tier competition right away.

He added that MMA has now evolved. Bisping alluded to the UFC’s rankings system and indicated that the fighters of today have to earn their way to the top. The UFC Hall of Famer insinuated that the undefeated Khamzat Chimaev has done so by securing four back-to-back dominant wins since his UFC debut.

As reported by Raphael Marinho of Combate, the UFC was targeting a Chimaev-Burns welterweight matchup for UFC 274 in Brazil. Nevertheless, the promotion is now looking to book the fight for UFC 273 that’ll take place in the US on April 9th.

Furthermore, as indicated by the screenshots tweeted by the UFC on BT Sports’ Twitter account, Khamzat Chimaev and Gilbert Burns purportedly agreed to fight on April 9th.

In an edition of Beyond the Fight, Chael Sonnen noted that getting past Gilbert Burns would catapult Khamzat Chimaev into a top-five spot in the UFC welterweight rankings. He suggested that a win over the No.2-ranked Burns would earn the No.11-ranked Chimaev the next shot at Kamaru Usman’s UFC welterweight title. Sonnen said:

“If you can beat Gilbert Burns, which nobody not named Kamaru Usman has been able to do in four years, if you could beat Gilbert, you’re probably fighting for the world title.”