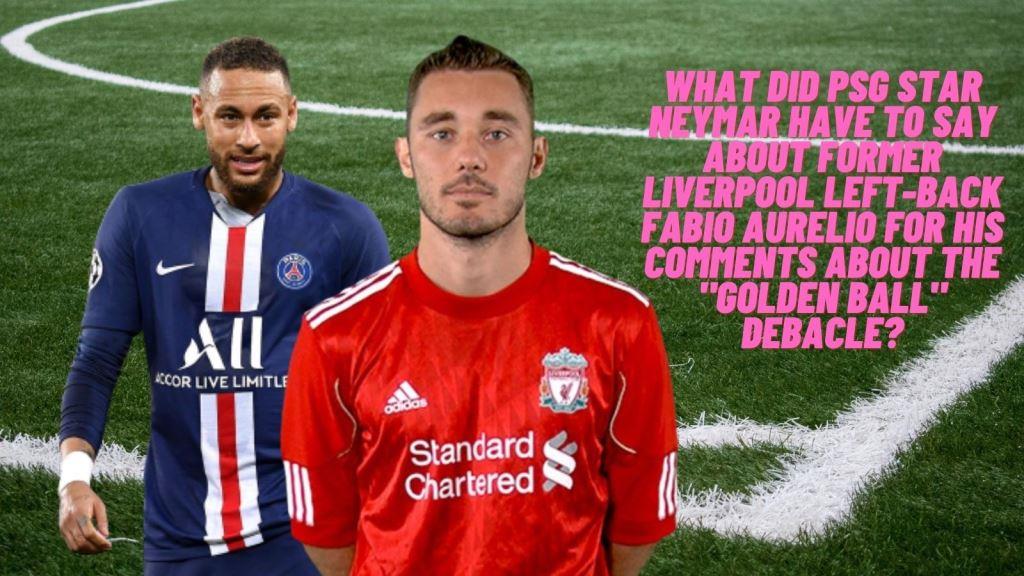 Paris Saint-Germain (PSG) star Neymar Jr. has hit back at former Liverpool left-back Fabio Aurelio for his comments on the Brazilian winger.

Aurelio recently told GOAL in an exclusive discussion that he would be disappointed if he were in Neymar’s shoes at having failed to win the Ballon d’Or.

The 30-year-old winger joined PSG from Barcelona in 2017 for a world-record transfer fee of €222 million. He was expected to guide Les Parisiens to continental glory in addition to winning the Ballon d’Or himself. However, that has not been the case.

Hitting back at Aurelio’s comments on the Brazilian captain flopping in Paris, the 30-year-old forward said on Instagram (reported via GOAL):

“I’m tired of these ex-players who are there and only open their mouths to talk sh*t. A five-minute interview and all he did was talk about other people’s lives. If you want to criticise, criticise. But talking sh*t like that is not possible.”

What did Fabio Aurelio say about PSG star Neymar?

Aurelio’s perception of the PSG star’s disappointing career stems from the fact that he is a phenomenal player in his own right. However, his lack of intensity and application over the years has cost him a spot amongst the best in football on a regular basis.

Throwing more light on that, and commenting on Neymar’s inability to win the Ballon d’Or, Auerlio had said:

“I always say that I would be very disappointed if I was him. The ambitions he has, and for the quality and talent he has, the fact that he has never won a Ballon d’Or feels wrong. He has all the conditions to do it, but I don’t know what has happened. Maybe some things are more important to him than the game, I don’t know?”

Bringing up the likes of Cristiano Ronaldo and Lionel Messi, who have won 12 Ballons d’Or between them, Aurelio further noted:

“You see [Cristiano] Ronaldo, [Lionel] Messi, they were there at the top level for 10 or 15 years, and you never heard about problems away from the pitch, but Neymar is always involved in things like this. He needs to stay away from those things, because he is capable of amazing things.”

The former Liverpool star did back the Brazilian captain and PSG forward to come good if he can work on his fitness.

“Maybe now, the age he is, if you don’t look after yourself, it can come back and haunt you. He is still Neymar, and capable of doing things that you don’t expect, but you see now he is not as fit as he used to be.”

Neymar has endured an injury-ravaged spell since joining PSG. In nearly five years at the club, he has played just 140 matches across all competitions, scoring 98 goals and laying out 58 assists.