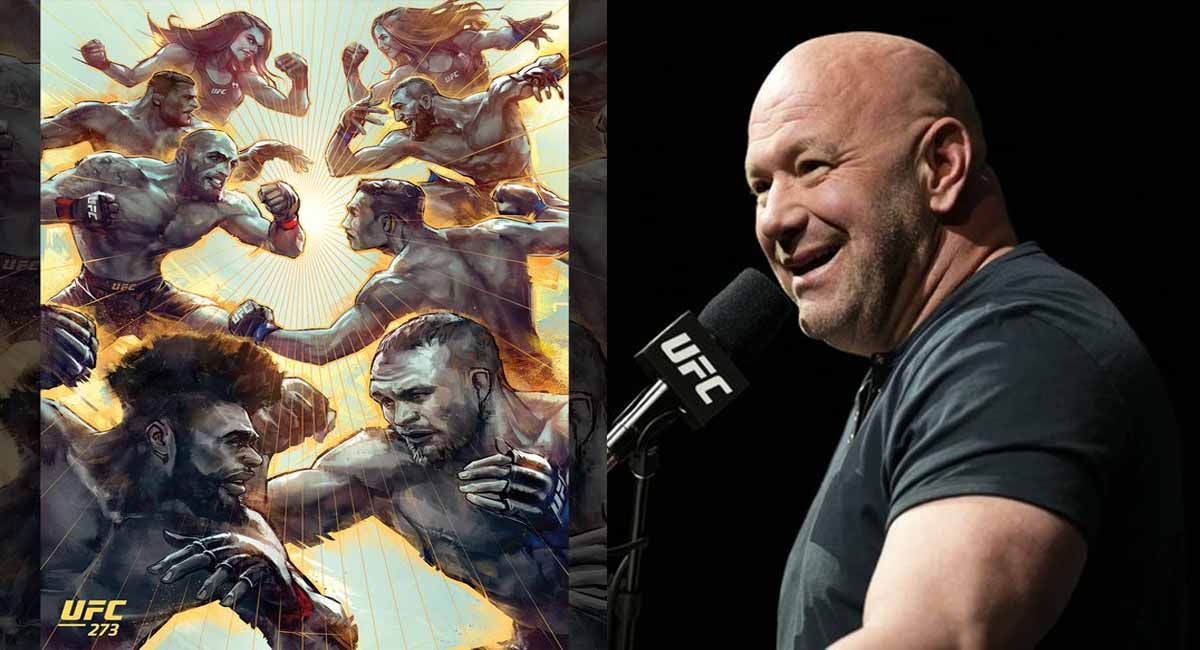 The UFC returned to Jacksonville, Florida for a stacked UFC 273 card where Alexander Volkanovski defended his belt against Korean Zombie in the main event.

The event saw two titles on the line and also featured Khamzat Chimaev taking on his toughest test to date in the form of Gilbert Burns. The co-main showcased a highly-anticipated rematch between Aljamain Sterling and Petr Yan.

In the end, it was Volkanovski who retained his belt by TKO, Sterling won a split decision and Chimaev beat Burns by decision. Following UFC 273, here is what I think should be next for the stars of UFC 273.

Alexander Volkanovski had about as perfect of a fight as he could’ve had at UFC 273 against Korean Zombie. He dominated the fight from start to finish and got his first finish since he TKO’d Chad Mendes in 2018.

Now, after the win, it’s clear his next fight is the trilogy matchup against Max Holloway should be next. The fight was booked but Holloway was forced out which is why Zombie stepped in. Although Volkanovski is up 2-0 against the Hawaiian, it’s clear these two are the best and the trilogy has to be next sometime in the fall.

Korean Zombie fought for UFC gold for the second time and came up short and now his next move is uncertain. He took a ton of damage in the fight so it’s likely he will take quite some time off and return in the fall.

When he returns, there will be a ton of matchups for him and when he does, a fight against Edson Barboza makes sense. Both men are coming off disappointing losses and will need time off. It’s also a fun fight for both men and one that many fans would enjoy watching as it appears both men likely won’t fight for the belt again.

Aljamain Sterling is still the bantamweight champion as he edged out a split decision over Petr Yan at UFC 273. After the win, he called out TJ Dillashaw and it’s the fight that should happen. It can serve as the co-main event of a pay-per-view sometime in August or September in a very intriguing matchup.

Petr Yan got out to a slow start and that cost him the fight but it still was competitive and even Dana White thought he won. With that, it’s likely the Russian will only need a win or two to earn another title shot and the logical next fight is against Merab Dvalishvili. Dvalishvili is Sterling’s teammate and should Yan defeat Sterling, it would add to the storyline of the Yan-Sterling rivalry.

Khamzat Chimaev had the toughest test of his career at UFC 273 and he delivered as he edged out Gilbert Burns by decision. It was a good fight for the Swede who proved he can hang with the best and his next fight is a Fight Night main event against Colby Covington. This is the fight Dana White wanted and it is another test for the Swede, and should he win, he gets the title shot.

Gilbert Burns took the risk of fighting Chimaev at UFC 273 and although he lost he didn’t lose much stock. He showed he still is one of the best fighters in the world and he will likely return in the late summer, when he returns a fight against Belal Muhammad makes sense. Muhammad is set to face Vicente Luque on Saturday and win or lose, Muhammad vs. Burns is an intriguing matchup and one that makes sense rankings-wise.

Who do you think should be next for the stars of UFC 273?