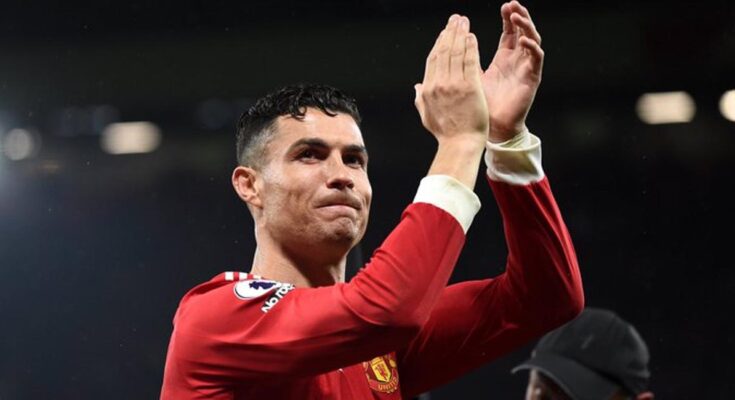 Cristiano Ronaldo is expected to start when Manchester United take on Brighton & Hove Albion in the Premier League on Saturday, May 7.

The Red Devils head into the game on the back of a 3-0 victory against Brentford. Ronaldo was among the goalscorers on that occasion. It was their first win in three league games, a run which included defeats to Liverpool and Arsenal.

Cristiano Ronaldo will be expected to continue his rich form when Manchester United face Graham Potter’s Brighton & Hove Albion. The 37-year-old forward will likely lead the attack alongside Anthony Elanga.

According to the club’s official website, Jadon Sancho and Marcus Rashford are sidelined for the game. This could see Edinson Cavani make a rare appearance for the Red Devils. The Uruguayan forward made a substitute appearance against Brentford after recovering from a calf injury.

Manchester United secured a 2-0 victory over Brighton earlier this season. Cristiano Ronaldo and Bruno Fernandes were the two goalscorers on that occasion.

The Red Devils will be looking to end the 2021-22 season on a high. With two games remaining, they are currently sixth in the standings, having accumulated 58 points from 36 matches.

Ralf Rangnick’s men are currently five points behind fourth-placed Arsenal, who have two games in hand. It looks like they will have to make do with a place in next season’s UEFA Europa League.

Brighton, on the other hand, have been in some good form lately. The Seagulls are currently ninth in the standings, having picked up 44 points from 35 matches.

Manchester United have had one of the most disappointing seasons in recent history despite having a superstar like Cristiano Ronaldo in their squad. The Red Devils have gone yet another season without lifting a trophy.

Despite the team’s shortcomings this season, Cristiano Ronaldo has had a great season on a personal level. The five-time Ballon d’Or winner is currently the club’s leading goalscorer this season, having scored 24 goals in 37 appearances across all competitions.

Ronaldo had an excellent month in April, which saw him score five goals in the Premier League. This included a hat-trick against Norwich City and goals against Chelsea and Arsenal.

This run of form saw Cristiano Ronaldo win Manchester United’s Player of the Month for April.

It is worth mentioning that Ronaldo has one more year remaining on his contract and will likely be a part of the revolution at Old Trafford under Erik ten Hag.