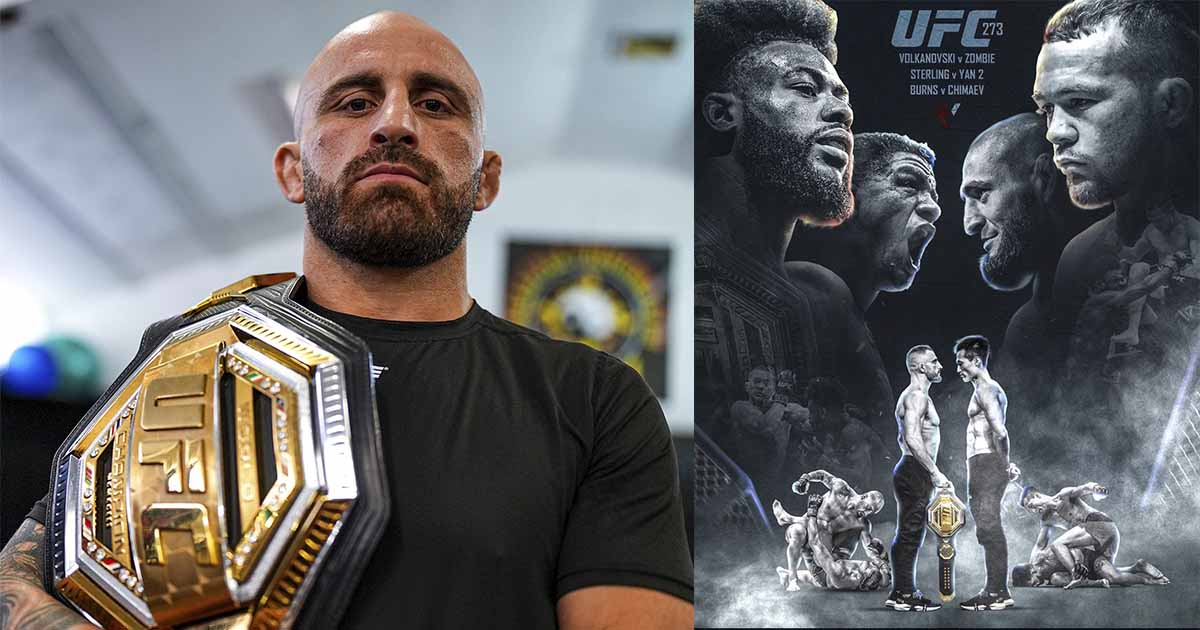 Leading up to UFC 273 this coming Saturday, April 9th has Alex Volkanovski stating that the decision to stop trying to please everyone has paid off.

It will be Alex Volkanovski (23-1 MMA) vs The Korean Zombie (17-6 MMA) in the featherweight main event title bout at the VyStar Veterans Memorial Arena in Jacksonville, Florida.

“Alex Volkanovski made the decision to stop trying to please everyone and worry less about how people perceived him entering this fight and explains why it has been a weight lifted off his shoulders heading into the main event of UFC 273.”

The Australian champion had this to say during that same interview with ‘TSN’ this morning:

“A lot of negative comments carry weight. Everyday life, everyday messages to friends, wanting to please everyone – it’s hard to explain. I don’t want to make decisions for the wrong reasons, I want to be comfortable in my own behaviour. I don’t want to care about what these haters want to hear, I don’t want to offend.”

“At the end of the day, I’m never going to be that guy that turns the world against me. I want to be myself. That’s it, that’s where I’m at. Right now I’m happy that I’m comfortable and I have that freedom. If people like it good, if people don’t like it who cares.”

Sounds like Volkanovski is in a good place and taking the high road ahead of his upcoming match with The Korean Zombie and not getting down and dirty like other fighters are ahead of UFC 273.

Will you be watching the two featherweights battle it out this weekend? Who are you predicting will come out the victor, Alex Volkanovski or The Korean Zombie?