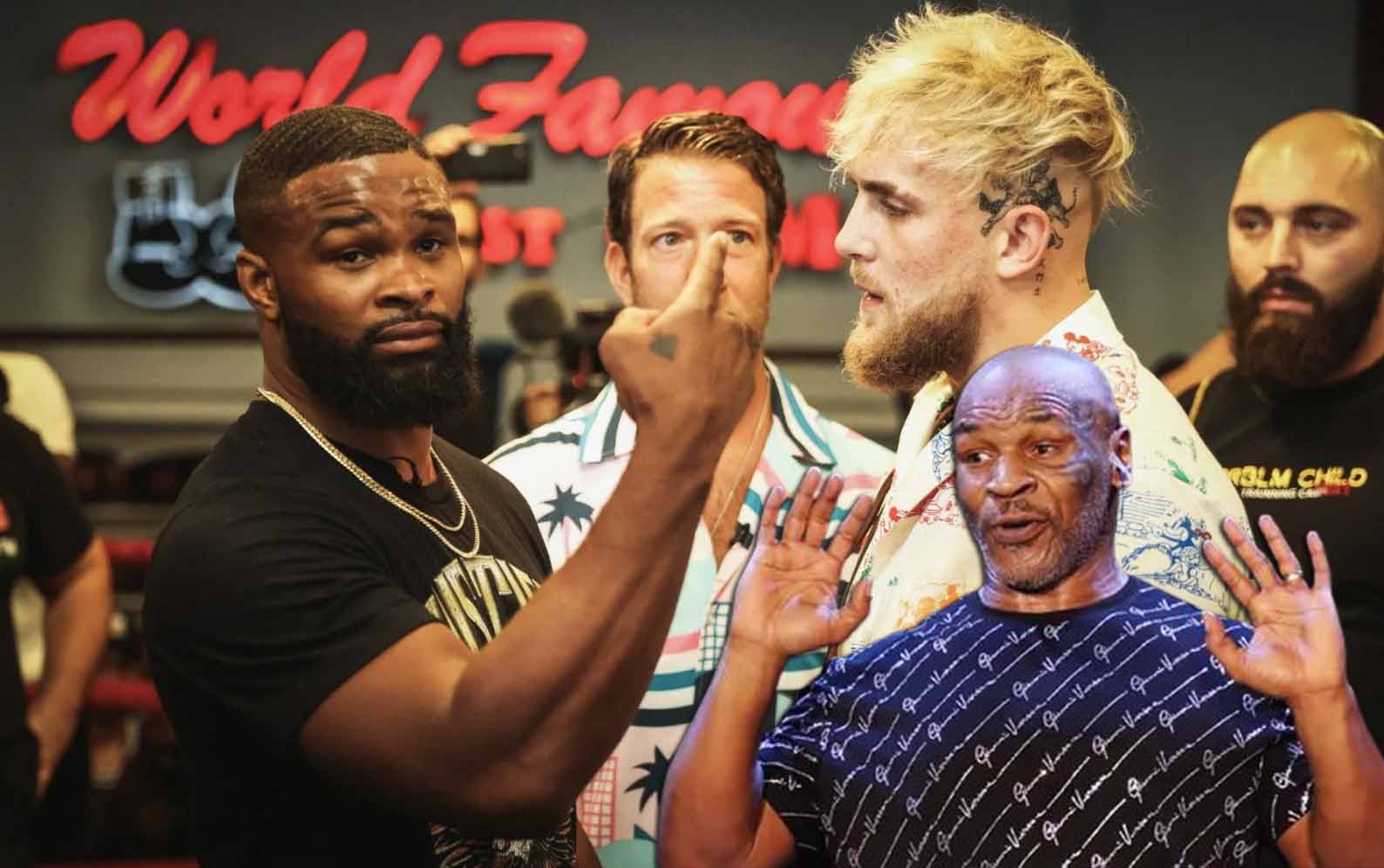 Tyson is a big fan of both fighters and at the same time believes that Woodley is coming for the final, big check.

Woodley, a former UFC champion and at one time regarded as one of the best pound-for-pound fighters in MMA, will be making his pro boxing debut.

Tyson is a big fan of both Paul and Woodley. He believes Woodley took the bout to get one final payday.

“I’m proud of them. Are they gonna fight? He’s fighting an experienced fighter. That’s so cool,” Tyson stated on his podcast.

“I don’t know. Paul’s a real good striker, and I think people do him a disservice when they go in there and say, ‘He’s blonde-haired and blue-eyed, he’s a white boy’, and I think that also builds their [opponent’s] courage up and causes them to get knocked out.

“Jake’s gonna beat him. Woodley’s not a puncher like that, that’s why he wants to fight this guy, to get his last payday probably.”

For his part, Paul is hoping the fight plays out for a little bit.

In his last outing, back in April, Paul knocked out retired UFC fighter Ben Askren in one round.

In his other two fights, he blasted out AnesonGib in one round and NBA star Nate Robinson in two.

Woodley is Paul’s most experienced and certainly his most dangerous opponent to date. However, Paul – who himself is still very much a prospect when it comes to the squared circle – holds the edge when it comes to boxing experience.