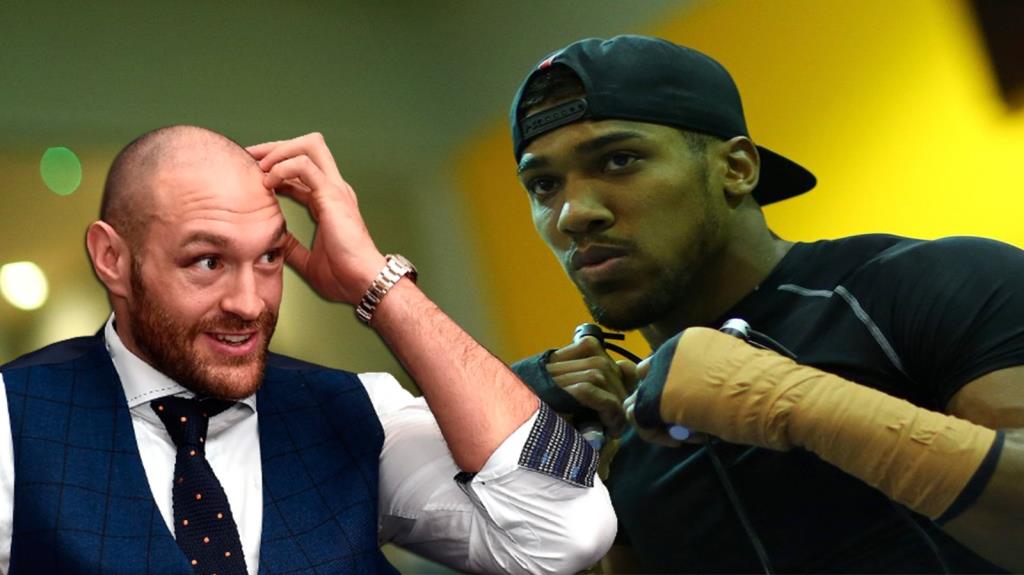 The WBC world heavyweight champion, British Tyson Fury, spoke about a telephone conversation with his compatriot Anthony Joshua, who is the WBA, WBO and IBF champion in the same weight category. According to Fury, during this conversation, Joshua showed his other side, which is significantly different from the one we see during his interview.

The rival heavyweight champions came close to confirming an undisputed fight this summer, only for Deontay Wilder to successfully win his arbitration case, which forced Fury to face him for a third time.

They subsequently exchanged insults in a heated feud on social media – their most public war of words to date.

However, away from the spotlight, it is known that Fury and Joshua have been cordial in the past.

They sparred together as youngsters back in 2010, spoke positively about FaceTime calls and ran into each other in Marbella last year.

Now Fury has said that they also argued in private. Tyson Fury told The Lowdown:

“I have definitely encountered the true Anthony Joshua. Not a nice person, sort of a bully. Someone who thought he was gonna put the bluff on me. That’s what type of person he is. I once had the opportunity to see the real ‘Femi’. He phoned me up one day in a mood to say he was gonna do this to me and do that to me.”

“It didn’t fare too well for him, let’s just say that. Just out of the blue. He decided to give me a call, a telling off call. I don’t think he liked what he heard on the end of it. There’s be no telling me off anyway. I just told him the truth and the truth always hurts.” – added Tyson Fury.