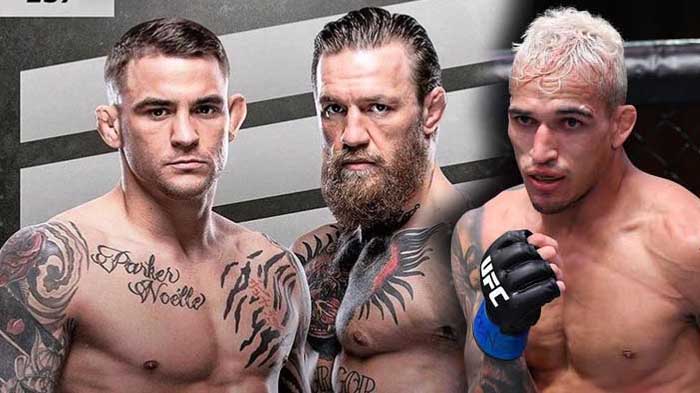 UFC lightweight champion Charles Oliveira is confident that his next opponent will be the winner of the trilogy between Conor McGregor and Dustin Poirier.

“I think the winner of the McGregor vs. Poirier 3 fight will be the next contender for the title. Other than that, the UFC doesn’t have a lot of options, they have nowhere to go. I think this is a fight that is going to be arranged, so I’ll wait and see what happens. I enjoy the moment, but I do not stop training.

Everyone knows that I am a believer. I see the world as a Ferris wheel. Today you are at the top, and tomorrow you are at the bottom. I challenged everyone when I was downstairs, but no one wanted to fight. Now everyone is calling me. My time has come. Let’s wait and see what happens and where it leads us, “said Charles Oliveira in an interview with MMA Fighting.

UFC lightweight champion Charles Oliveira has said that it doesn’t matter to him who wins the upcoming trilogy between Irish Conor McGregor and American Dustin Poirier.

“McGregor’s third fight with Poirier will be great. To be honest, it doesn’t matter to me how it ends. Whoever wins, I know it will be a great fight. It makes no difference to me. Let’s wait. Let them fight and we we’ll see who wins.

The fight with Conor will certainly bring in more money. Everyone knows about it. Everyone who fights McGregor ends up getting more, but I’ve never played in the UFC with money in mind. I’ve always thought about fighting and I’m not going to change the mood in my head. Whoever comes out to fight me will be great.

If Conor wins, then everyone knows it will be a good fight that will make a lot of money. If Dustin wins, then this is also a great duel with good money. There won’t be many, but it’s a great amount, “said Charles Oliveira in an interview with MMA Fighting.