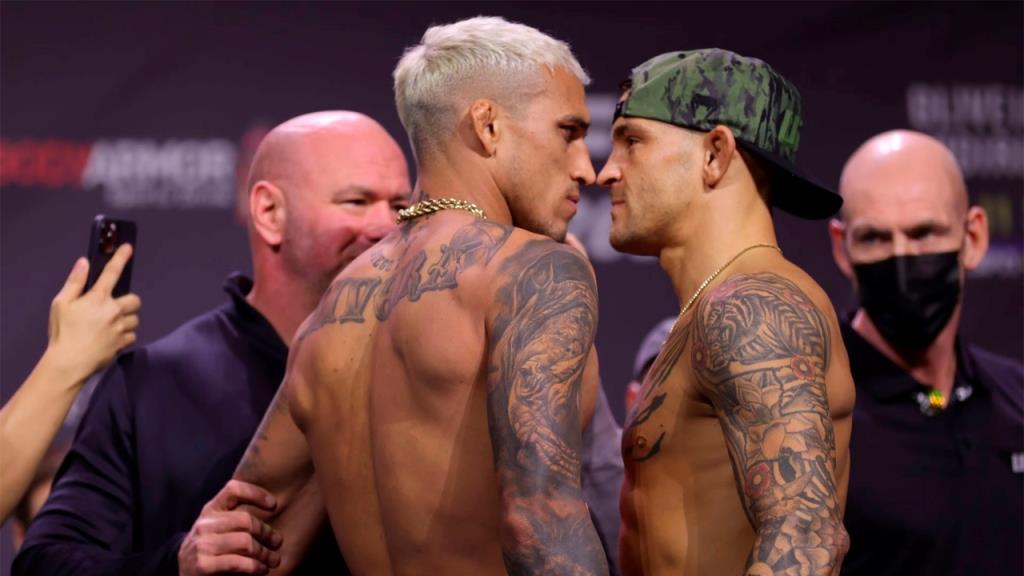 Charles Oliveira will return to action at UFC 280 as he fights Islam Makhachev for the vacant lightweight title. ‘Do Bronx’ was stripped of the title after missing weight ahead of his last fight against Justin Gaethje at UFC 274.

However, with a stunning first-round submission win against ‘The Highlight’, Oliveira reclaimed his spot as the No.1 contender in the lightweight division of the UFC.

While he is currently on a 11-fight winning streak, his opponent Makhachev is riding a 10-fight winning run. Hence, one of the two in-form fighters will have to taste defeat at UFC 280 in Abu Dhabi.

Charles Oliveira recently shared what goes through his mind when he is in a face-off with other fighters.

While speaking to Full Violence, the former UFC lightweight champion stated that he thinks about his troubled upbringing and the times when he was doubted by others when he goes face-to-face with an opponent ahead of a fight. Here’s what the Brazilian stated in his interview:

“I think back bro. I think about back then about everything I went through. The times my mom and dad didn’t have anything to eat. All the times I heard I was never gonna make it. My dad and my brother. My dad like will ask people for help and they’ll say, ‘I’ll help because we’re friends. But he’s never gonna make it.’ You know, I heard that so many times.”

Charles Oliveira grew up in the favelas of Brazil and had a very tough upbringing. With limited family resources, the Brazilian didn’t have a luxurious life growing up. There were also doubts about his ability to transition into a successful MMA fighter.

Despite being a highly touted prospect, his early UFC career was full of roadblocks. He went 10-8 in the organization in his first 18 fights. However, Oliveira turned the stars in his favor and is currently on a 11-fight winning streak that has also seen him capture the UFC championship.