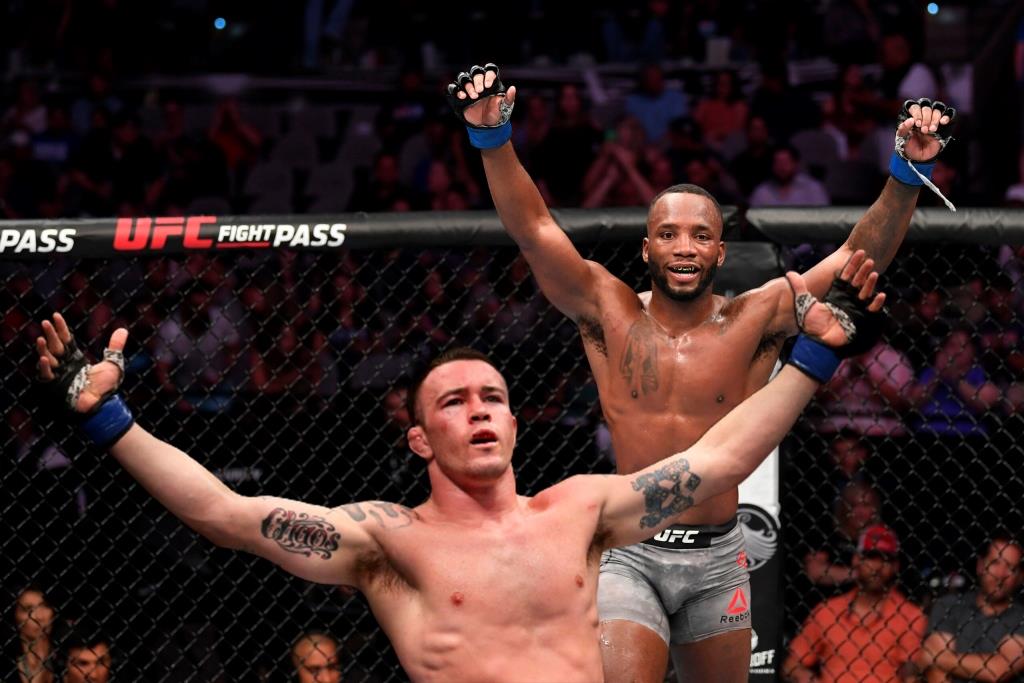 Former UFC welterweight contender Colby Covington said that if the promotion wants to organize his fight with Leon Edwards, then he could give his consent, but only for a decent fee.

Speaking to Submission Radio, Covington said that if the UFC compensates him properly, he would take the Edwards fight, even though he thinks Edwards needs to get a win first.

.@ColbyCovMMA says Leon Edwards fight is possible under the right terms from the UFC:

“The guy still hasn’t won in two years. A No Contest, that’s not a win, that’s not a fight. You need to come back and get a win. He needs to rematch that Bailey guy, they need to fight again,” Colby Covington added. “That Bailey guy (Muhammad) was talking all reckless all week, saying, ‘Oh Colby, if I saw that guy on the streets, I’d slap him, I’d do this.’ Bro, are you kidding me? Dustin Poirier and Jorge Masvidal said the same thing. ‘Oh, it’s on sight, I’m going to smack Colby when I see him in the streets.’ But then when they see me it’s head down. Pipe down little boy. These little boys, they talk reckless in the media, but then when they see each other it’s not the same energy, it’s a different energy. So these guys are talking reckless out there. Re-run that Leon fight vs. Bailey because nobody gives a sh*t about it, nobody wants to watch that hot garbage. The only fight to make is me vs. Marty Fakenewsman or maybe me vs. Street Judas Masvidal.”