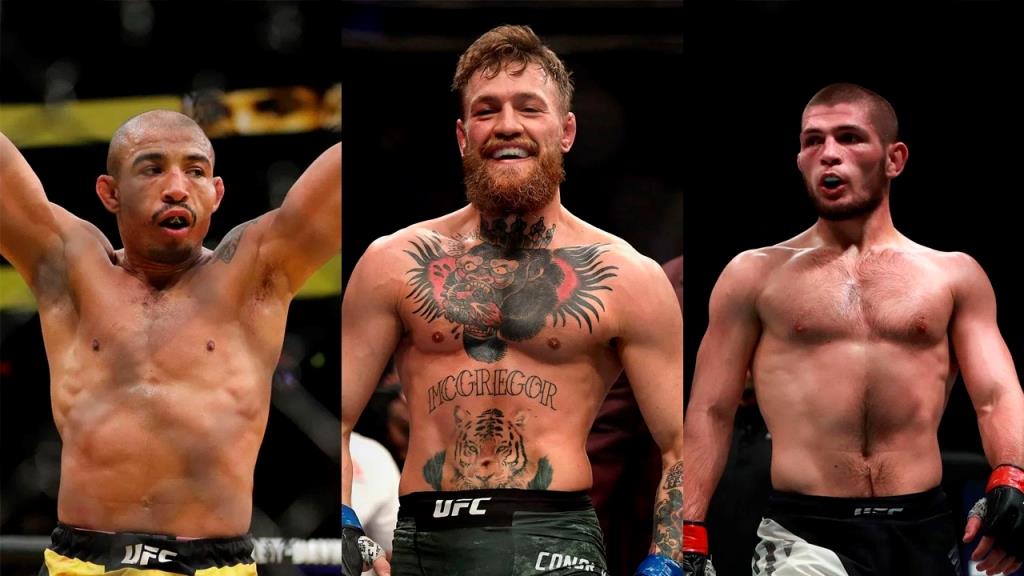 After news broke that Drake had once again placed a huge bet on a UFC event, this time on Jose Aldo, Conor McGregor took to social media to heap praise on the Brazilian.

In the same post, he also made his thoughts known about Khabib Nurmagomedov.

The famous Canadian musician is known for placing large amounts of cash on fighters and was once considered a ‘curse’ to those he bet on.

The bad luck has shifted in recent times, with the four-time Grammy Award winner earning big after backing Israel Adesanya and the Paddy Pimblett and Molly McCann duo.

Ahead of UFC 278 tonight, Conor McGregor dedicated a Twitter post to Jose Aldo. He shared his appreciation for the MMA legend, but also took the time to fire a few shots at his long-term rival, Khabib Nurmagomedov:

“Aldo is such an incredible fighter! A real all-timer! How’s that other fat smell bag doing [Khabib Nurmagomedov]? How is it that he never lost but he is still a loser hahaha smelly sh** pant rat. Let’s go Aldo! A great fight with the little rocket level changer in Merab. Can’t wait, I love fighting.”

‘The King of Rio’ is searching for an impressive victory against grappling powerhouse Merab Dvalishvili as he hopes to earn himself another chance to hold UFC gold.

Despite their history, Conor McGregor has seemingly patched up his problems with Aldo, often finding time to praise and support the veteran whenever he has a fight booked.

After once being cordial with one another over social media, McGregor and Nurmagomedov began their years-long feud after ‘Notorious’ announced his intention to move up to 155lbs from featherweight.

The lightweight move seemingly rubbed ‘The Eagle’ the wrong way and he made his feelings known when he insisted the Irishman stay away from his division or he would “smash him.”

‘Notorious’ managed to capture the lightweight title after putting on an all-time great performance against Eddie Alvarez, making him the first double champion in UFC history.

Although the champ-champ would then not fight for two years in the sport, his rivalry with the Russian grew stronger during his absence.

Following his short boxing stint, McGregor made his return to the octagon in 2018 against the undefeated Khabib Nurmagomedov at UFC 229.

The Russian won the contest via fourth-round submission, but that did not settle the feud. The two can still be found mentioning one another whenever the opportunity arises.