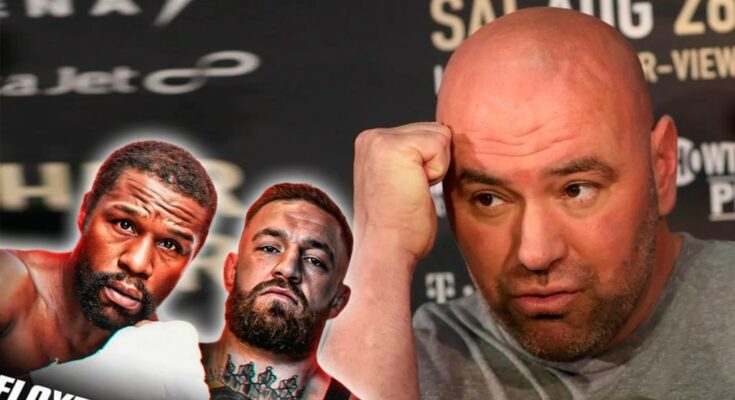 Conor McGregor will hopefully fight by the end of 2022 or in early 2023, but he’ll return in the UFC and not a rumored rematch against Floyd Mayweather.

That’s according to UFC president Dana White, who scoffed at reports stating McGregor was in talks for a second boxing match against Mayweather after they first met back in 2017. To be fair, White also denied the first McGregor vs. Mayweather fight would ever happen until it was eventually signed but he seems adamant that the Irish superstar would be competing in mixed martial arts not in boxing.

UFC president Dana White was speaking to The Jim Rome Show on Monday and said he will be fighting again, but in a cage next.

“Not me, I’m not talking about that,” White said. “(Conor’s return) will be in the cage. Conor’s looking to come back the end of this year, early next year.

Conor McGregor fought Floyd Mayweather in 2017 and while the referee halted proceedings in round 10, the Irishman produced a competitive display.

The pair are expected to fight again despite White not being interested. With McGregor having just two fights remaining on his UFC deal, it is more than likely in the pipeline for next year.

McGregor is currently recovering from a broken leg and wants to fight this year against either welterweight champion Kamaru Usman, Jorge Masvidal or a top lightweight contender.

Mayweather, meanwhile, is continuing to fight exhibitions and recently snubbed the opportunity of taking on Manny Pacquiao.