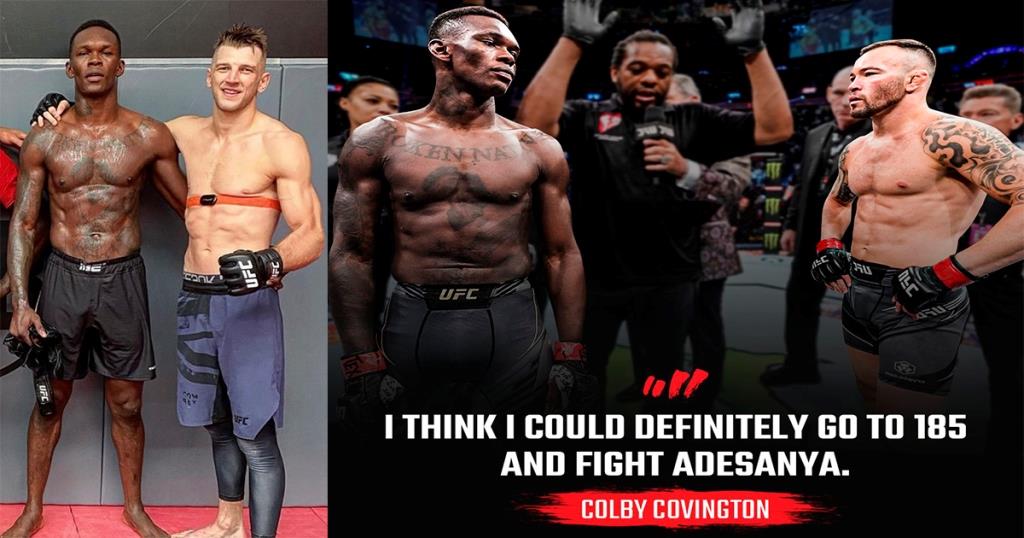 Colby Covington has been talking up the idea of an immediate title shot against middleweight champ Isreal Adesanya, but according to Adesanya’s teammate Dan Hooker, it just doesn’t make sense.

Covington is coming off a big win over Jorge Masvidal in the welterweight division, but two recent losses to 170 the pound champ Kamaru Usman have him stuck in contender limbo. One solution in his mind is to move to 185 pounds where his wrestling may match up quite nicely against Adesanya.

In a recent interview with Helen Yee, Dan Hooker explains why that’s not happening.

“I think Dana White’s aready said it best. So he loses twice for the welterweight title and then fights for the middleweight title? That doesn’t make sense in anyone’s book. I think Colby’s a little bit … he needs to focus on the title he can’t win. So that’s what I think of that fight.”

While Hooker is right about Covington not deserving to jump the line at middleweight, there’s nothing stopping the NCAA Division I wrestler from moving up and fighting his way to contendership. The only question is whether Colby Covington’s strength and control would translate against 185 pound opponents.

When Colby Covington called out Dustin Poirier following his UFC 272 win against Jorge Masvidal, many questioned why the featherweight Poirier would fight a welterweight like Covington. But according to Covington in a new interview with Submission Radio, he’s just responding to Poirier’s talk of moving to 170 pounds.

“His coaches are saying ‘Dustin is going to be a bigger and better welterweight than he was lightweight, and he’s having a hard time making lightweight anymore’ … I’m the number one guy in the division. I thought you were telling the media about ‘Oh, my hopes and dreams and my title aspirations, 25 minutes paid in full.’ So, if you want to come to 170 and you want the title, you gotta go through me. I am the title. I’m the biggest fight he can get.”

Dustin Poirier has made it clear that he’s not interested in fighting Colby Covington, regardless of the weight division. His eyes are still firmly set on a bout with Nate Diaz, then there’s an inevitable fourth fight with Conor McGregor on the horizon as well.

Even though he’s currently in the same limbo at lightweight that Covington is at welterweight, the 155 pound strap changes hands so often there could be a new champ for him to challenge in the near future.