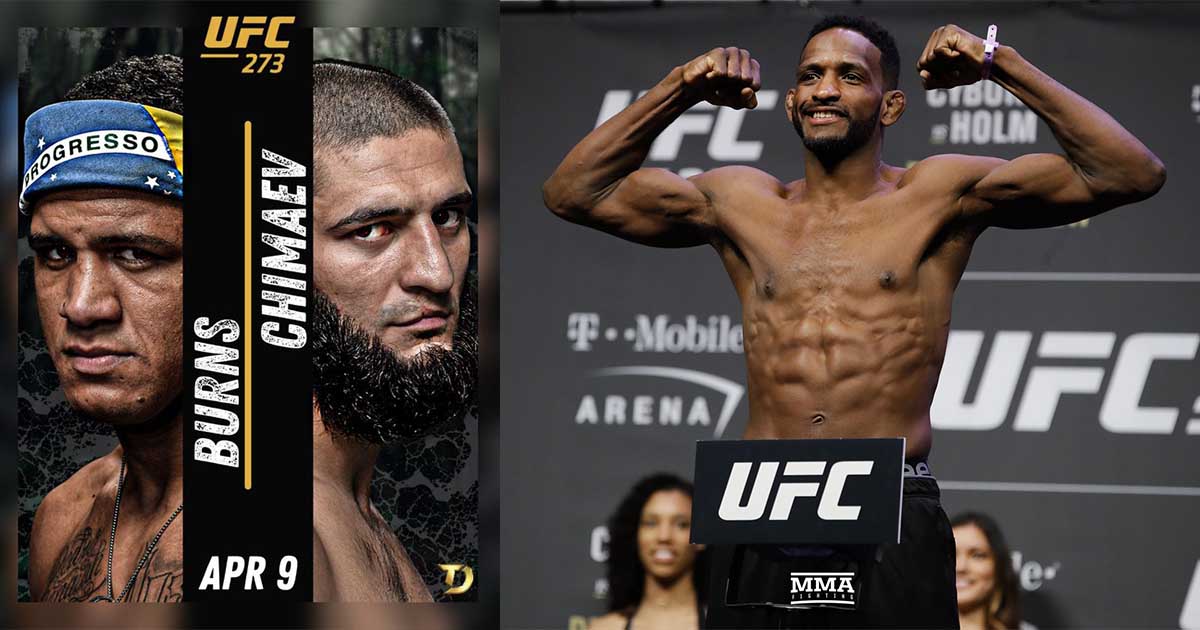 Khamzat Chimaev is making a big jump up in the rankings when he faces Gilbert Burns at UFC 273 on April 9th. And while Chimaev has never faced anyone as tough as Burns, fellow welterweight Neil Magny still thinks Chimaev has a lot of advantages going into the fight.

In an interview with James Lynch, Magny explained how Chimaev’s defensive wrestling may give him an edge.

“I think it plays out pretty well for Chimaev if I’m being honest. When it comes to the range in wrestling ability he’s definitely able to get an advantage there. Gilbert Burns is definitely phenomenal on the ground but getting a high level wrestler to the ground may be very difficult, especially one with a significant reach advantage. So I definitely see the odds working in favor of Chimaev. But who knows. At the end of the day a fight’s a fight.

That wouldn’t earn Neil Magny much money as Khamzat Chimaev is a stunning -425 favorite against Gilbert Burns, who is a +320 dog.

That’s somewhat shocking given Burns is currently ranked No. 2 at welterweight while Chimaev is No. 11. Burns is also 6-1 since 2019 with his sole loss coming to champ Kamaru Usman.

Neil Magny is looking to get another streak going at UFC Fight Night: Blaydes vs. Daukus when he fights the tough but unranked Max Griffin. The No. 9 ranked Magny regularly has problems getting opponents to accept fights with him, so he was just happy someone signed on the dotted line.

“I know there’s a lot of slack that comes with me fighting Max because he’s an unranked opponent but I think he’s right there, he beat Carlos Condit, he’s on a three fight win streak, he was one of the few guys that was willing to step up and fight me. So there’s definitely a lot of respect for doing that.”

While the fight won’t jump him back into the top five, Neil Magny still thinks it will move him towards his goals.

“Any motion moving forward is good motion for me. So if it’s a ranked opponent, unranked opponent, if I can still take a step in the right direction towards a title shot and becoming a world champion, then I’ll do that.”