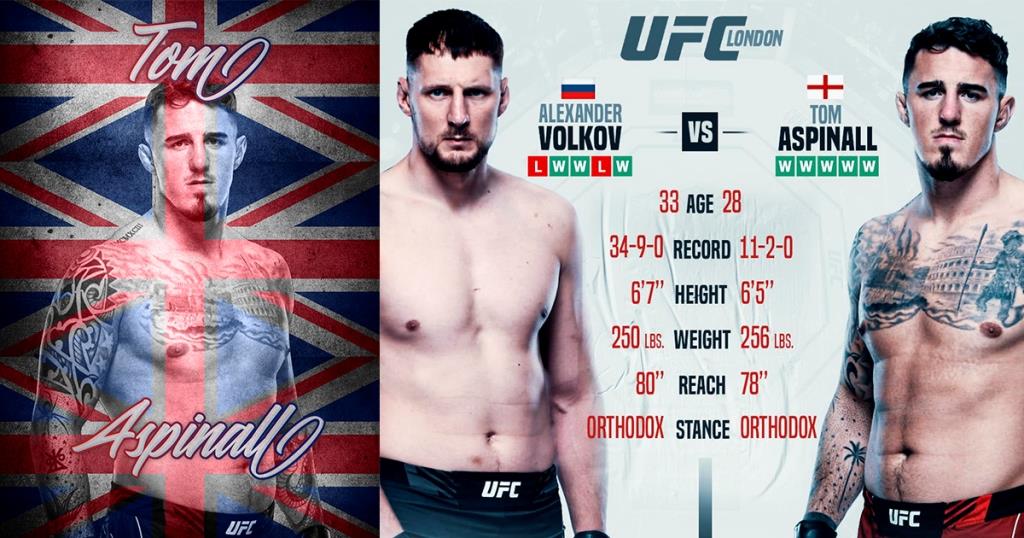 Tom Aspinall recently opened up on why he agreed to fight Alexander Volkov this weekend at UFC London. The heavyweight duo will headline the UFC Fight Night card in England.

Aspinall appeared for an interview with Yahoo Sports’ Kevin Iole. When asked if he was surprised that the UFC offered him a fight against a top heavyweight like ‘Drago’, Aspinall said he believes he is head and shoulders above the contenders outside of the top 10. The No.11-ranked contender also added that the only difference between him and the top heavyweights is experience, as he said:

“Now, any of the guys I fight outside top 10, I’m gonna run through them guys quick. I’m not saying these guys don’t have the ability to beat me. Because of course they do, this is heavyweight and big guys with small gloves, they can hit me and knock me out anytime. I’m completely aware of that. But, when it comes to skill level, I am head and shoulders above anybody outside the top 10.”

Tom Aspinall is the favorite to beat Alexander Volkov this weekend

A win against a big name like Volkov could potentially set the Englishman up for a title eliminator next. However, ‘Drago’ is far from a sacrificial lamb for any opponent. It will be interesting to see how the fight plays out this weekend at UFC London.