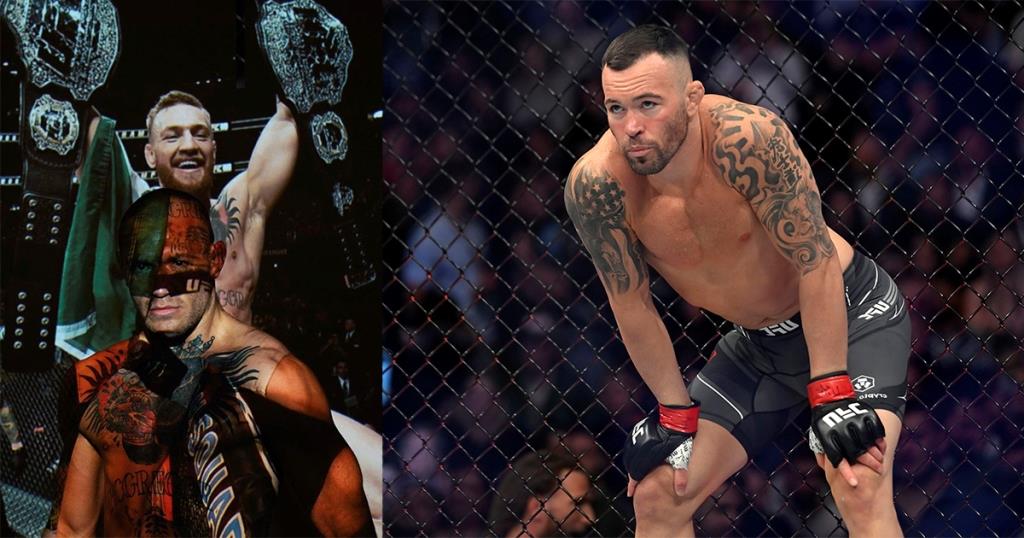 In an exclusive interview with James Lynch, Colby Covington revealed who he believes MMA megastar Conor McGregor should fight next.

UFC lightweight champion Charles Oliveira is scheduled to defend his title against Justin Gaethje at UFC 274 on May 7. Additionally, UFC president Dana White recently indicated that Islam Makhachev would have to fight Beneil Dariush in a number-one contender’s matchup later this year.

Intriguingly, with Dariush likely unable to return for the next few months due to his foot injury, the consensus is that McGregor could fight the Oliveira-Gaethje winner for the lightweight title next.

James Lynch alluded to these recent developments and asked Colby Covington for his thoughts on Conor McGregor potentially fighting for the lightweight belt in his comeback fight. Covington responded by stating:

“And then if he wants to fight for the title after that, yeah, no problem. He can go fight for the title. He has the biggest name, you know, in the UFC for; you know, he won world titles across two weight classes. And he did this mega-fight with the boxing superstar Floyd Mayweather and created just ridiculous numbers.”

‘Chaos’ opined that former UFC featherweight and lightweight champion Conor McGregor has the leverage and name to call his shots. Additionally, Covington suggested that McGregor’s resume justifies receiving a UFC title shot despite being on a two-fight losing streak.

UFC legend Nate Diaz recently spoke to Adam’s Apple and asserted that he’d like to fight Dustin Poirier next. He has consistently lobbied for a fight against ‘The Diamond’ over the past several months. In fact, Diaz – who has just one fight left on his UFC contract – has claimed that he’d like to walk away from the fight game after fighting Poirier.