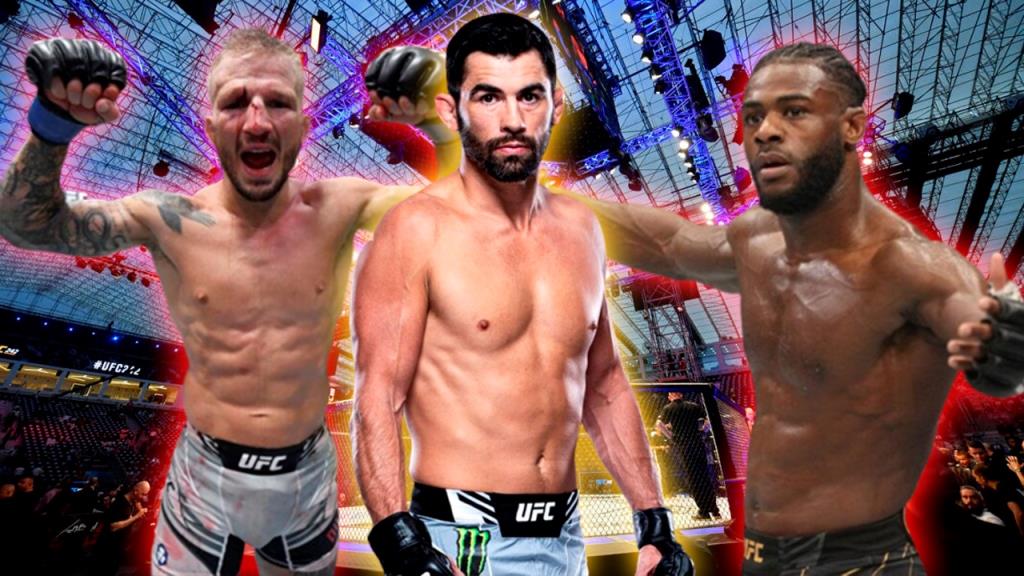 Former UFC bantamweight champion Dominick Cruz (USA) shared his predictions on the fight between his compatriots, the current champion in the same weight class Aljamein Sterling and T.J. Dillashaw.

Cruz is set to face Marlon Vera this weekend at UFC San Diego. A win could potentially move the former champion one step closer toward a potential title shot at 135lbs.

Cruz, in addition to his latest title pursuits, has become one of the most highly regarded analysts in the fight game. He frequently appears on UFC cards alongside commentators such as Daniel Cormier, Jon Anik, and Joe Rogan.

As Cruz prepares for his big fight with Vera, he has his eyes on his former rival Dillashaw’s title shot against Sterling. The former champion and current champion will square off in the co-main event of UFC 280 on Oct. 22.

Cruz hasn’t faced Sterling but is very familiar with Dillashaw’s skillset stemming from their fight in 2016.

During a recent appearance on The MMA Hour, Cruz was asked to give his thoughts on what he feels is Dillashaw’s best route to defeating Sterling.

“That’s a tough one. It comes down to TJ stuffing takedowns, which, before he fought me, he had a 100% takedown defense. So, I think that, why would that not continue?” Cruz said. “I think if he would be really good takedown defensively, and if you keep Aljo on his back foot and pressure him, being TJ, I think he can do really well against Aljo.”

Cruz has won back-to-back fights following a loss to Henry Cejudo in his last title shot at UFC 249. A win over Vera would almost certainly guarantee himself a spot in the Top 5 and one win away from another shot at the belt.

Dillashaw earned the title shot against Sterling after defeating Cory Sandhagen via a split decision in his Octagon return last year. Before that, he was suspended for two years by USADA for EPO use.

Cruz and Dillashaw could potentially be on a collision course if both win their upcoming fights. Moreover, Cruz feels he knows what Dillashaw should do to dethrone the champion and reclaim the title.

Watch the full episode The MMA Hour of the discussion from Dominick Cruz below: 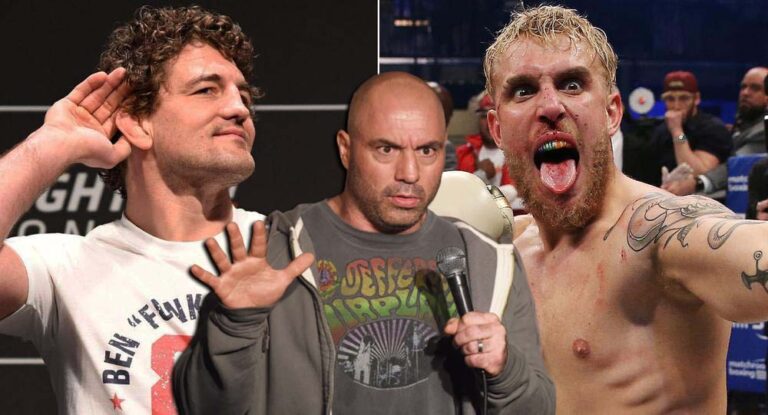 UFC commentator Joe Rogan praised the hitting technique of popular American blogger Jake Paul ahead of his upcoming boxing match with Bellator and ONE Championship champion Ben Askren. On April 17, Paul will fight Askren in an 8-round fight according to the rules of boxing. This fight will be the third for Jake in the… 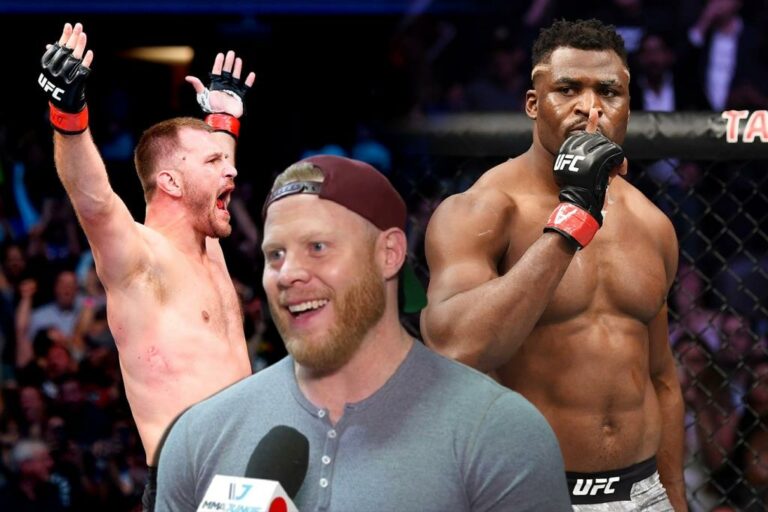 Disclosure: This post contains affiliate links. If you buy or sign-up through one of those links, you won’t pay a penny more but we’ll get a small commission that helps me in running this blog. Read the Disclosure page. Eric Nicksick, coach of Frenchman Francis Ngannou, said that his player spent a lot of time wrestling while… 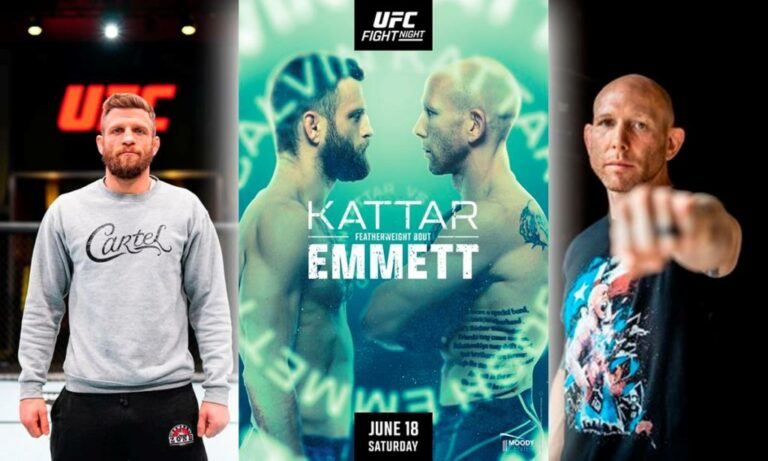 UFC Fight Night: Calvin Kattar vs. Josh Emmett will be the next Fight Night offering from the MMA juggernaut and there are some exciting matchups lined up for the fight fans. The event is set to go down this Saturday, June 18, at the Moody Center in Austin, Texas. In the main event, No.4-ranked featherweight… 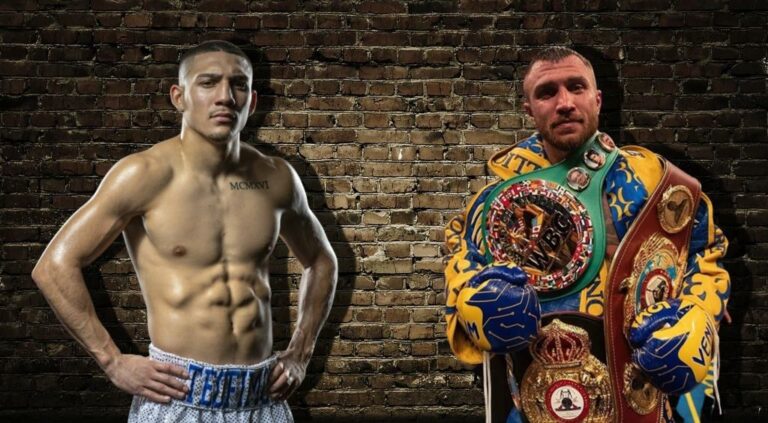 [vc_row][vc_column][vc_column_text] Video of Lopez’s spectacular training in preparation for the fight with Lomachenko [/vc_column_text][vc_raw_html]JTNDc2NyaXB0JTIwYXN5bmMlMjBzcmMlM0QlMjJodHRwcyUzQSUyRiUyRnBhZ2VhZDIuZ29vZ2xlc3luZGljYXRpb24uY29tJTJGcGFnZWFkJTJGanMlMkZhZHNieWdvb2dsZS5qcyUyMiUzRSUzQyUyRnNjcmlwdCUzRSUwQSUzQyUyMS0tJTIwNzI4LTkwJTIwLS0lM0UlMEElM0NpbnMlMjBjbGFzcyUzRCUyMmFkc2J5Z29vZ2xlJTIyJTBBJTIwJTIwJTIwJTIwJTIwc3R5bGUlM0QlMjJkaXNwbGF5JTNBaW5saW5lLWJsb2NrJTNCd2lkdGglM0E3MjhweCUzQmhlaWdodCUzQTkwcHglMjIlMEElMjAlMjAlMjAlMjAlMjBkYXRhLWFkLWNsaWVudCUzRCUyMmNhLXB1Yi01MTEzODI2ODg1MDg4NTM4JTIyJTBBJTIwJTIwJTIwJTIwJTIwZGF0YS1hZC1zbG90JTNEJTIyODA4NTUyMzAxMiUyMiUzRSUzQyUyRmlucyUzRSUwQSUzQ3NjcmlwdCUzRSUwQSUyMCUyMCUyMCUyMCUyMCUyOGFkc2J5Z29vZ2xlJTIwJTNEJTIwd2luZG93LmFkc2J5Z29vZ2xlJTIwJTdDJTdDJTIwJTVCJTVEJTI5LnB1c2glMjglN0IlN0QlMjklM0IlMEElM0MlMkZzY3JpcHQlM0U=[/vc_raw_html][vc_column_text]It looks like  IBF lightweight world champion Teofimo Lopez, in preparation for the unification fight with WBA, WBO and WBC Franchise title holder Vasil Lomachenko, decided to go through fire, water and copper pipes. At least he really experienced the second element… 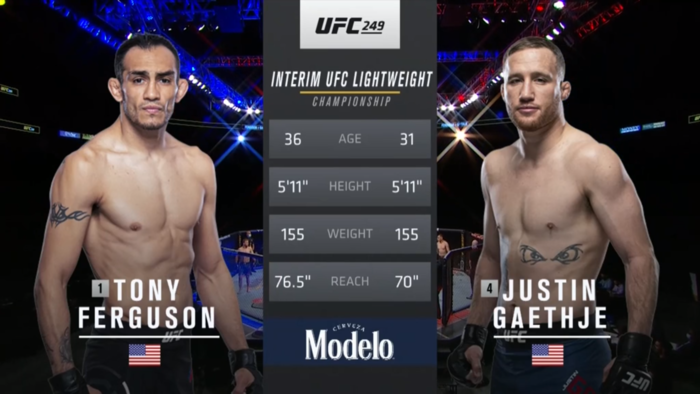 [vc_row][vc_column][vc_separator color=”juicy_pink” style=”shadow” border_width=”10″][vc_column_text] Tony Ferguson vs Justin Gaethje. UFC 249 The main event of the UFC 249 tournament was a fight between Tony Ferguson vs Justin Gaethje. This is for the interim UFC lightweight champion. Which guarantees the winner in the future battle against Khabib Nurmagomedov. As well as the title of undisputed lightweight… 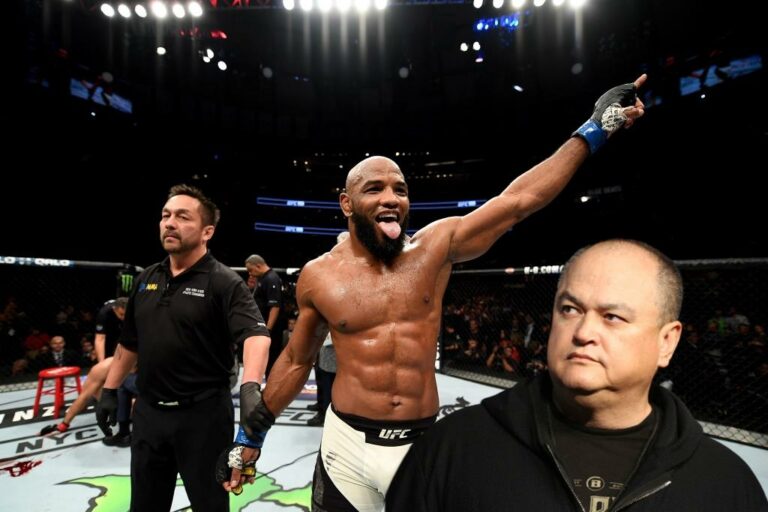 Scott Coker, president of Bellator, said Cuban mixed martial arts fighter Yoel Romero could return to middleweight. According to the head of the company, in the future he does not exclude the possibility of a duel between the champion of this weight category, the Dutchman Gegard Mousasi and Romero. “We have a couple of really…