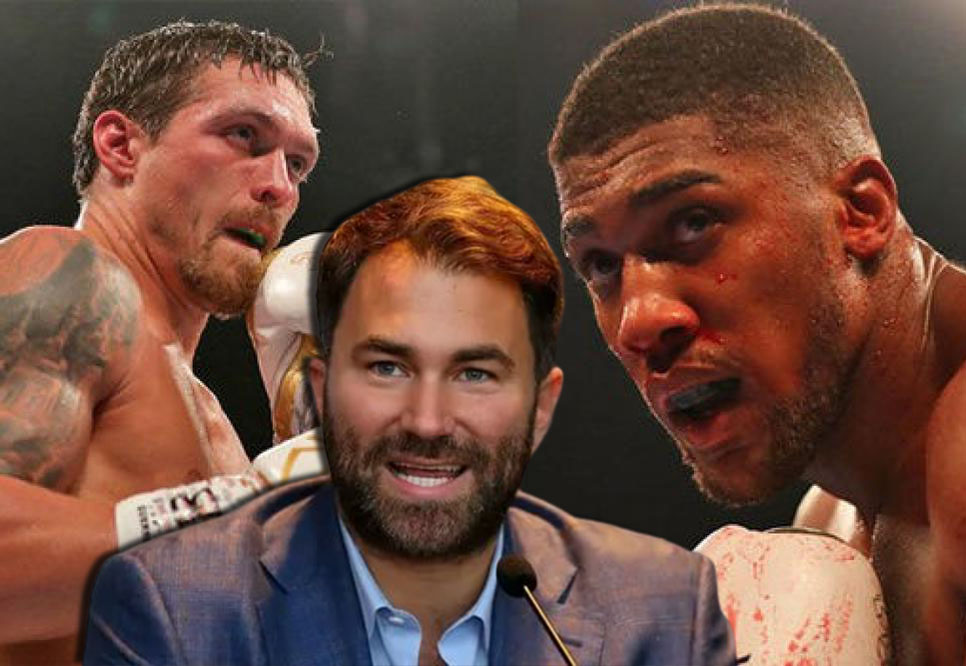 Eddie Hearn has said that terms have been agreed for IBF/WBA/WBO heavyweight champion Anthony Joshua vs. Oleksandr Usyk for a fight on September 18th or 25th at Tottenham Hotspur Stadium or Wembley Stadium.

Eddie Hearn says he expects an announcement forthcoming, possibly during the weekend or early next week for the Joshua – Usyk fight.

We’ll have to wait and see whether Usyk’s body transformation will result in more punching power. The way Usyk was punching before might be enough for him to knock out Joshua if he can catch him with a shot that he’s not expecting. That’s who Andy Ruiz Jr hurt AJ in their first fight in 2019.

“Also speaking to Wembley. Extremely positive with [Usyk’s manager] Alex Krassyuk. We alerted the WBO on the weekend that we have agreed to terms, and now we are papering that agreement, with which we don’t expect much turbulence, but we’re hoping that the weekend or early next week, we might be ready to move forward with some kind of announcement.

“But all looking very good. Alex Krassyuk is a tremendous operator. We get on very well. Everybody just wants to do the fight. There’s no messing around. It’s a tremendous fight. I don’t anticipate many problems,” said Hearn.

There’s not much time before September, but thankfully, Joshua is already in great shape and will be ready to roll. That would be great to have the Joshua vs. Usyk fight take place at Wembley Stadium in London.

Eddie Hearn: Joshua Needs To Be On The P-4-P List
“No,” said Hearn when asked if he’s going to be swerving Usyk. “I told you before AJ is a throwback fighter.

“With all the challenges he’s been presented, he’s never turned down one fight.

“When you look at since the Klitschko victory, he’s always had to fight fighters that he’s been told to fight basically or the ones he wants to fight.

“The Usyk fight is a really tough fight. This is a pound-for-pound.

What’s more important is for Joshua to defeat Usyk and look good doing so. From there, Joshua needs to fight the winner of the Tyson Fury vs. Deontay Wilder in December for the undisputed championship.