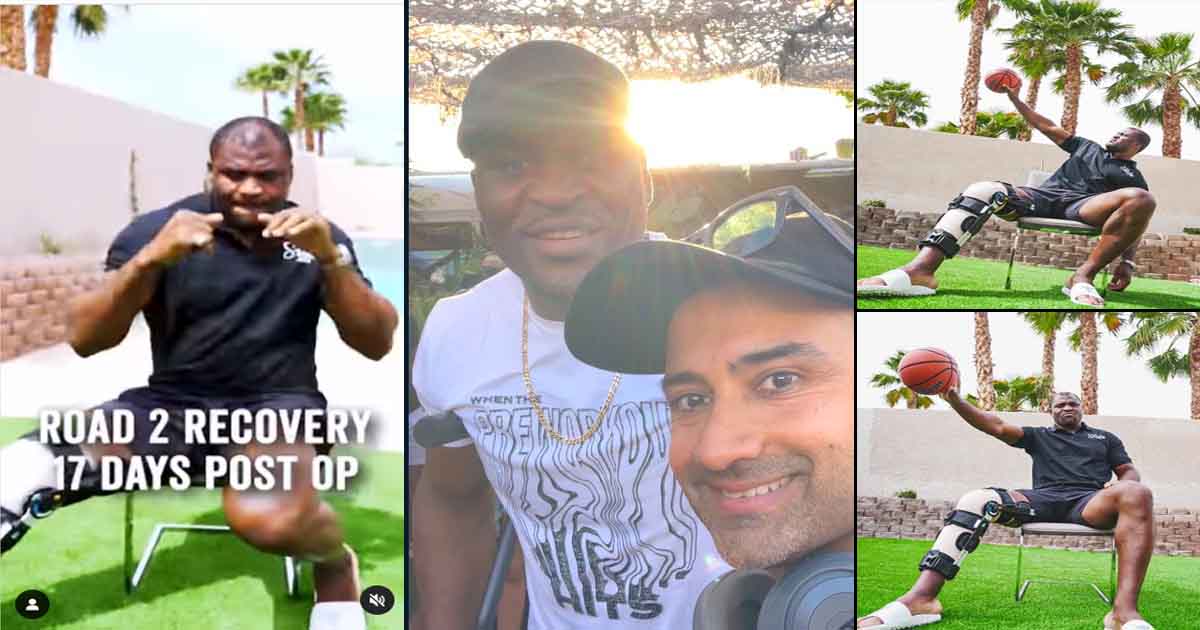 Francis Ngannou has opened up about his knee surgery and rehabilitation journey. Despite dealing with knee injury issues, Ngannou defeated Ciryl Gane via unanimous decision in their heavyweight title unification matchup at UFC 270 in January.

“It’s been very rough. It’s a tough process because I didn’t really know what I was going to put myself into – which is a good thing because if I knew that it’s going to be this horrible, maybe I could’ve hesitated on the surgery. But I didn’t know, so I went there free-minded. And the surgery went well. Everything is going well actually; but still, a very tough process.”

Expounding upon the rehabilitation process, ‘The Predator’ continued:

“Yeah, the injury, and the pain, the irritation, and everything. And then also the fact of being dependent. You can’t do anything. You have to call a friend out to drive you, or to Uber, or stuff. You can’t, I mean, doing daily basis stuff is like, very hard.”

Upon being asked how long the recovery process is likely to take, Ngannou suggested that there’s a post-surgery period of 4-6 weeks where you have to use crutches to walk. The Cameroonian insinuated that a person could start walking without crutches at the end of the period.

Ngannou explained that you regain stability in your knee in about 3-4 months. He added that you can start training boxing, jiu-jitsu, etc. in 5-6 months, albeit lightly. ‘The Predator’ indicated that if the recovery goes according to plan, it’ll take about 9-12 months to fully recover and return to competition.

Watch Ngannou’s appearance on the PBD Podcast in the video below:

“I’m not saying right here, right now, that [Tom Aspinall] beats Francis Ngannou. I’m saying there’s a really good f***ing chance he beats Francis Ngannou. I mean, if it stays on the feet and Ngannou, we know. I don’t need to finish the sentence. I don’t even need to finish that he is extremely dangerous. But the well-roundedness of him I think just sets him apart from everyone else.”

While Ngannou is unlikely to return from his injury hiatus until late-2022 or early-2023, it’s been speculated that the UFC could schedule an interim heavyweight title matchup between MMA legends Jon Jones and Stipe Miocic this year.