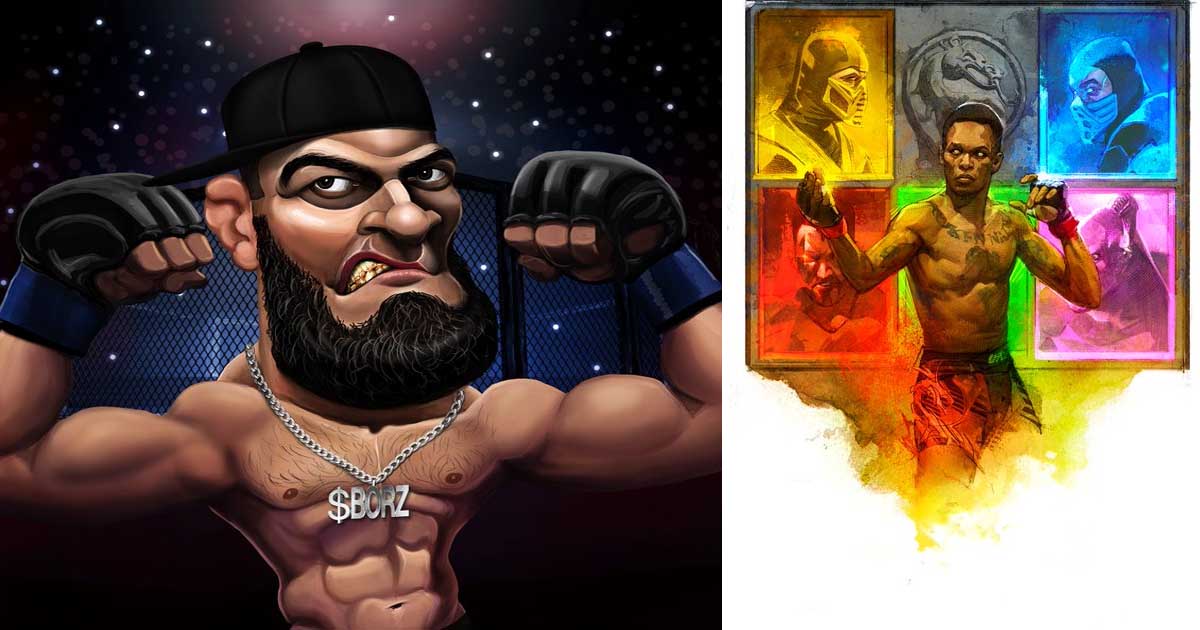 Israel Adesanya isn’t dismissive of Khamzat Chimaev’s abilities as a fighter but claims he hasn’t seen anything special from ‘Borz’ at 185lbs to regard him as a potential threat to his title.

‘The Last Stylebender’ said he watched Chimaev’s welterweight clash against Li Jingliang at UFC 267 and was impressed by the Chechnya-born Swede’s performance.

Having said that, Adesanya pointed out that Chimaev may be a formidable fighter at welterweight but not in the middleweight division, at least not yet. The reigning UFC middleweight champion believes ‘Borz’ can put away lower-ranked middleweights inside the octagon.

However, Adesanya wants Chimaev to replicate the performance against Jingliang in a potential clash against a middleweight contender.

If he can do that, then Adesanya says he will recognize him as a potential threat to the 185lbs title. During an appearance on the Hotboxin’ with Mike Tyson podcast, Adesanya said:

“This guy fights at welterweight, yeah, he’s fought at middleweight one time and he’s fought like a low-ranked guy and definitely can beat some middleweights but I’m like, ‘Show me something,’ show me something like he’s never… His last fight was impressive and I said I might not like you but if I’m impressed by what you do, I’ll give you props. Yeah, he’s a beast but he’s a beast at 170.”

Khamzat Chimaev reveals the similarity he shares with Israel Adesanya

Khamzat Chimaev is currently scheduled to fight Gilbert Burns at UFC 273 on April 9. The winner of the fight is likely to fight for the title next against the winner of Kamaru Usman vs. Leon Edwards.

Although ‘Borz’ is focused on becoming the welterweight champion right now, he has made it clear that he will compete at middleweight in the future.

Chimaev would love to share the octagon with Adesanya in a potential title clash down the line. According to the Chechnya-born Swede, ‘The Last Stylebender’ is similar to him in the sense that he wants to take on the best fighters on the planet inside the octagon.

During the media day for the upcoming UFC 273 pay-per-view, Khamzat Chimaev said:

“Izzy is more fresh and young like me and I think he wants me as well because he already fought everyone at [middleweight]. He’s like me. He wants to fight everyone. I want to do the same.”