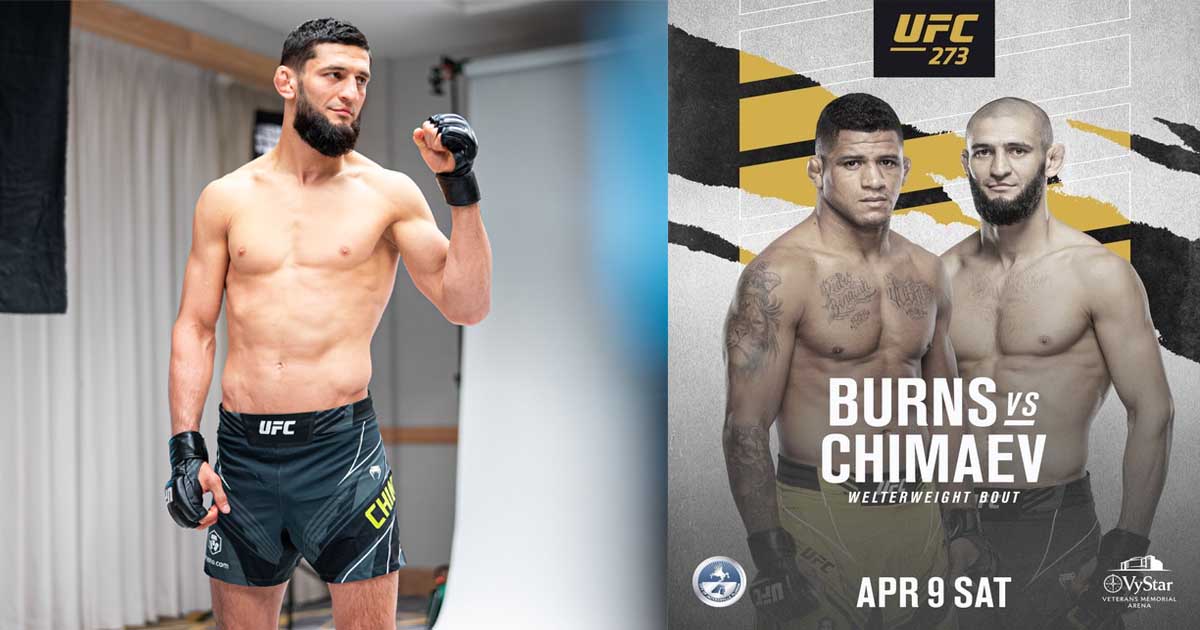 UFC welterweight contender Khamzat Chimaev has revealed who he believes deserves to be the UFC’s number one Pound-for-Pound fighter.

While appearing in a UFC 273 media day interview, Chimaev was seen speaking on several topics, including his status in the welterweight division and his upcoming bout with Gilbert Burns.

At one point during the interview, Khamzat Chimaev was asked if he thought Kamaru Usman deserved to be the UFC’s Pound-for-Pound number one. ‘Borz’ responded by claiming that former two-time UFC Light Heavyweight Champion Jon Jones is deserving of the top spot.

Speaking about why he thinks Jones to be the P4P number one fighter, the Russian-born Swede said:

“Once Jon Jones is here, nobody can be pound-pound. I don’t think so. Who made that pound-pound sh*t , you know. And nobody did, Jon Jones did. He’s one of the best guys in the game, nobody’s like him.”

Khamzat Chimaev currently holds a professional record of 10-0. He is also on a four-fight winning streak in the UFC.

His last win was against Li Jingliang, whom he submitted in the first round at UFC 267. However, his upcoming outing against Gilbert Burns will be one of the biggest challenges for ‘Borz’ in his career so far.

Burns is a highly skilled jiu-jitsu fighter with some knockout power in his hands. ‘Durinho’s most recent outing was against Stephen Thompson, whom he defeated via decision. Prior to that, Burns had challenged for the welterweight title at UFC 258 when he faced former teammate Kamaru Usman. However, he lost the match in the third round via. TKO.

You can check out the UFC 273 Media Day interview below: