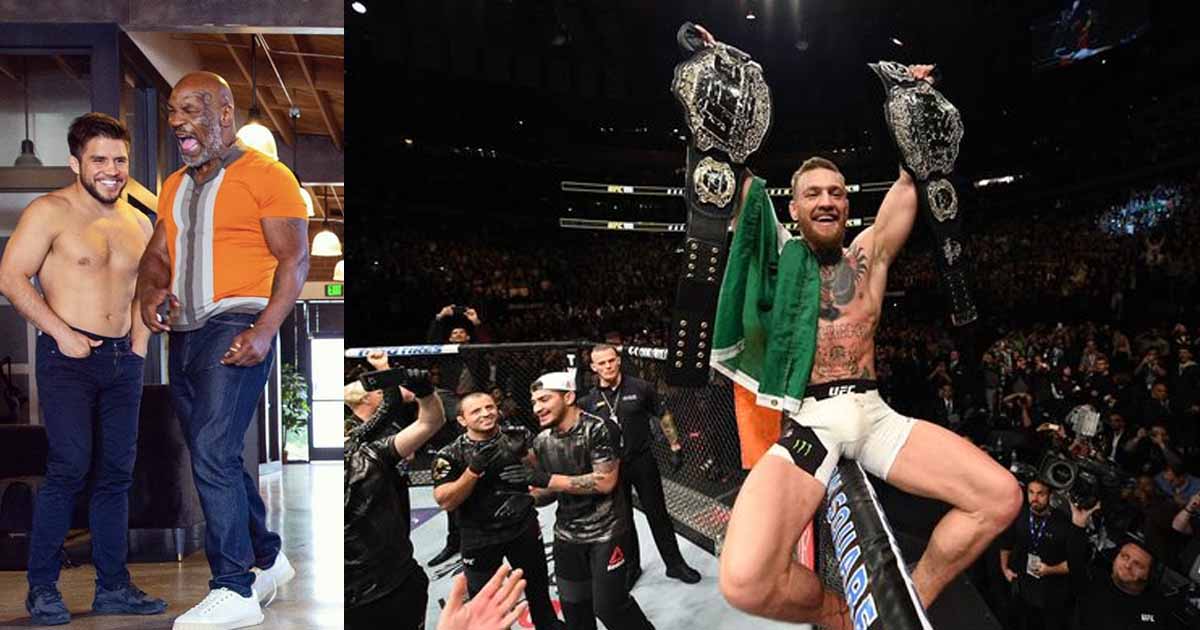 Henry Cejudo has been talking a lot of trash about Conor McGregor’s training form, and he’s not limiting himself to McGregor’s Twitter comments.

In a new video posted to social media, Henry Cejudo is shown hanging out in the gym with boxing legend Mike Tyson discussing ‘The Notorious.’

“He put a video of him hitting pads, but he’s got no set-ups, Mike. He throws naked. You gotta be able to have that twitch … This dude’s just throwing off the open, like you gotta evolve, man. You gotta change the game. Otherwise, how you gonna become the champ again, if you’re the same person? That’s why I want that blue eyed devil, Mike.”

“He’s gonna make you a lot of money.”

“Chopping it up with Uncle Mike. Conor McGregor, you’d be the easiest fight for the most money. I promise if we fight I’ll make sure red panty night as farts and skids all over them.”

Henry Cejudo has been campaigning for a fight against McGregor for weeks and offered to move up to lightweight to fight ‘The Notorious.’ McGregor may have already sized himself out of the fight. Recent videos have him looking bigger than ever, and McGregor has said his eye is on the welterweight title currently held by Kamaru Usman.

Henry Cejudo and Mike Tyson are more than just casual acquaintances. Cejudo has been on Tyson’s Hotboxin’ podcast multiple times and even went to Antigua with ‘Iron Mike’ to try 5-MeO-DMT harvested from a Bufo alvarius toad. Tyson has likened ‘doing the toad’ to seeing God and Henry Cejudo certainly had a powerful experience.

On an episode of The Joe Rogan Experience, Cejudo said:

“It took me to my mom’s first love, man. It showed me in a story line, almost like a movie, how I was born, how my mom had me. How when I was eight years old she had my sister so I was no longer the youngest and how my mom kind of, in all fairness, pushed me to the side. Leaving home at the age of seventeen and substituting my moms love for self-fulfillment in wrestling and mixed martial arts … What it did was it brought me back to that person who created me and my moms love It like resurrected something in me and I was crying and asking for forgiveness. I was speaking Spanish and saying ‘Mom forgive me.’”

Watch the full segment from The Joe Rogan Experience of Henry Cejudo’s trip with Mike Tyson below: