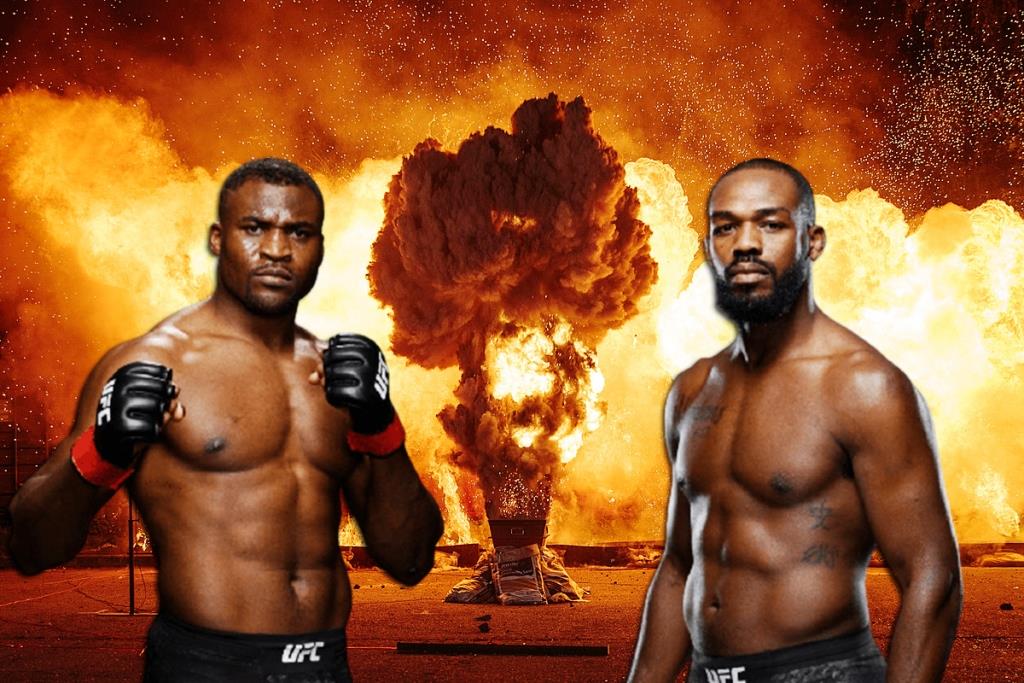 UFC heavyweight champion Francis Ngannou is still holding out hope that he will fight Jon Jones next and not Derrick Lewis.

Francis knocked out Stipe Miocic in March at UFC 260 to become the new heavyweight champion of the world. For his first title defense he was fully expected to fight Jones, but the UFC and Jones have not been able to come to terms on a new contract for this heavyweight superfight. With Jones temporarily out of the picture, UFC president Dana White has confirmed that Lewis will be next in line for a belt coming off of a KO win over Curtis Blaydes. The plan is for them to headline UFC 265 in August in Houston, Texas.

When asked how he thinks Jones looks since putting on more bulk and muscle and moving up to heavyweight, Ngannou piped back that he is big and strong, though he wanted to give Jones credit for being a highly-skilled MMA fighter, too.

“I have some size, too. I’m strong, too,” Francis Ngannou said. “I’m impressed (with Jones), I know he’s very skilled, very talented, but we are both men.”

Asked to give his prediction on the fight, Ngannou said it will end like many of his other fights do, and that’s with him scoring a knockout. As for what round? It doesn’t matter.

“Absolutely,” Ngannou said about KOing Jones. “(The round) doesn’t matter.”