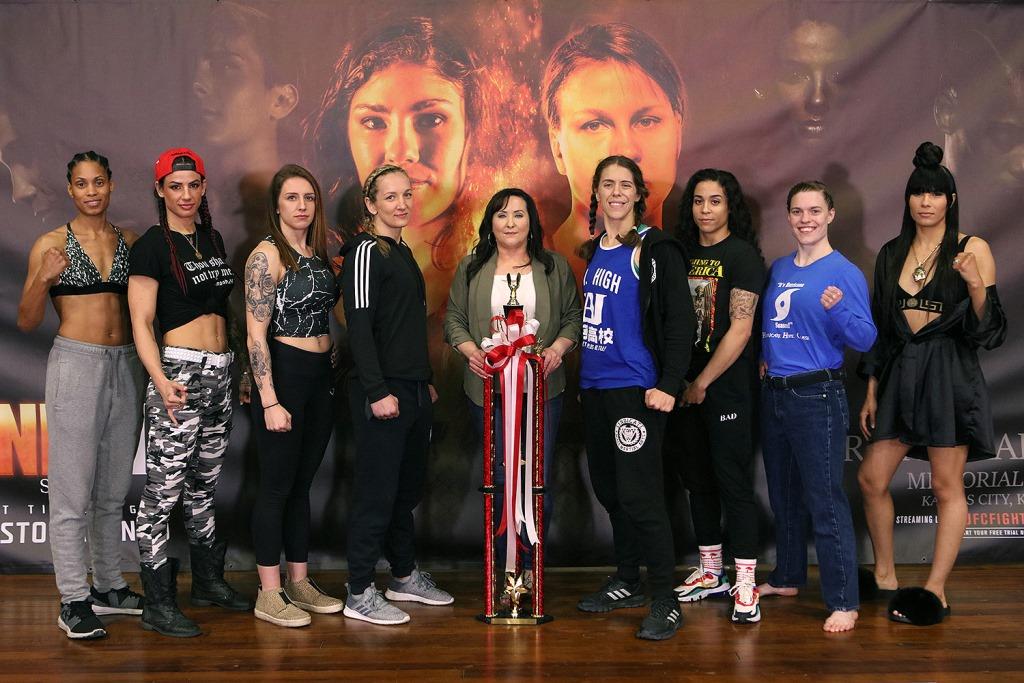 Alesha Zappitella recently held on to her atomweight title by the skin of her teeth and now she’s going to have eight potential challengers coming for her.

Invicta FC announced Wednesday that it is holding a one-night, eight-woman atomweight tournament on June 11 to determine the No. 1 contender for Zappitella’s title. The field includes Jessica Delboni (10-3), who lost a split decision to Zappitella on May 21 and can earn herself a rematch in short order should she conquer the tournament.

The tournament is comprised of one-round bouts in the quarter- and semifinal rounds, and a three-round final. Matchups will be determined by random draw prior to the start of the event.

Bonuses will be awarded for finishes and the fastest finisher in the quarterfinals will be allowed to choose who they face in the semifinals. In the event that there are no finishes, a draw will decide the semifinal matchups.

The June 11 “Phoenix Tournament” event takes place at Memorial Hall in Kansas City, Kan., and will be broadcast live on AXS TV and YouTube.