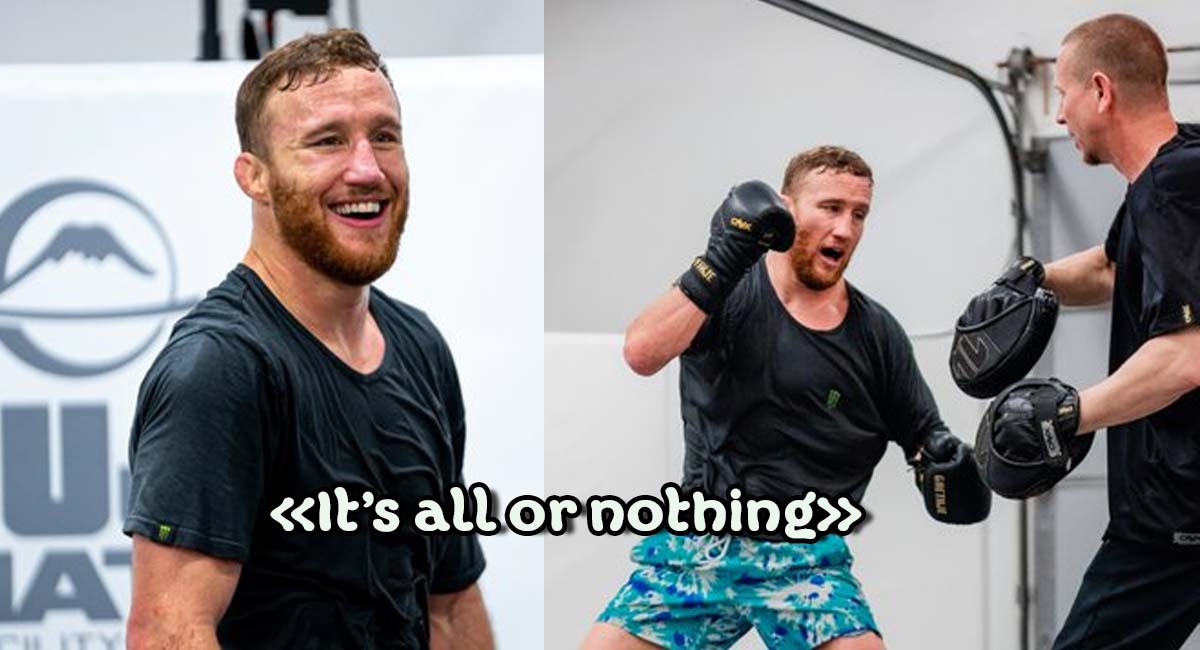 UFC lightweight title challenger Justin Gaethje is determined that his next fight against reigning champion Charles Oliveira will be his last chance to win the title.

Gaethje has suggested that his upcoming undisputed UFC lightweight title matchup against reigning titleholder Oliveira could be his last UFC title shot.

During a conversation with Kyle Forgeard and Bob Menery on the Full Send podcast, Gaethje opened up about the aforesaid possibility. Forgeard notably asked him if he views the Oliveira matchup as his last title shot. ‘The Highlight’ responded by stating:

“Yeah, this is definitely” Gaethje continued, “Yeah, barring any crazy circumstances. But yeah, this is – 33 years of age, it’s been almost two years since I fought for it last time. And yeah, these don’t come often. You rarely get second chances, so this, yeah. It’s all or nothing.”

Kyle Forgeard then questioned ‘The Highlight’ whether he’d try to build his legacy as the UFC lightweight champion if he wins the title against Charles Oliveira at UFC 274. Justin Gaethje replied by saying:

“Yeah, I am. But, I mean, my legacy is about cemented. It is. I mean, I’ve got 23 wins, 19 knockouts. Nobody has that.” Gaethje added, “Out of my first, I think 8 [UFC] fights, I had 10 bonuses. That’s a record that will never be touched. I might have at least two fights in the [UFC] Hall of Fame that will be inducted in the Hall of Fame already. And so, I mean, this will be the icing on the cake.”

Justin Gaethje noted, however, that he “won’t kill” himself if he’s unable to win the title. ‘The Highlight’ secured the interim UFC lightweight title by defeating Tony Ferguson via fifth-round TKO at UFC 249 in May 2020.

Justin Gaethje later fought then-UFC lightweight champion Khabib Nurmagomedov in a title unifier at UFC 254 in October 2020 but lost via second-round submission. The UFC 274 matchup against ‘Do Bronx’ will be ‘The Highlight’s’ second shot at the undisputed UFC lightweight belt.

Check out the Full Send Podcast episode featuring Justin Gaethje in the video below: