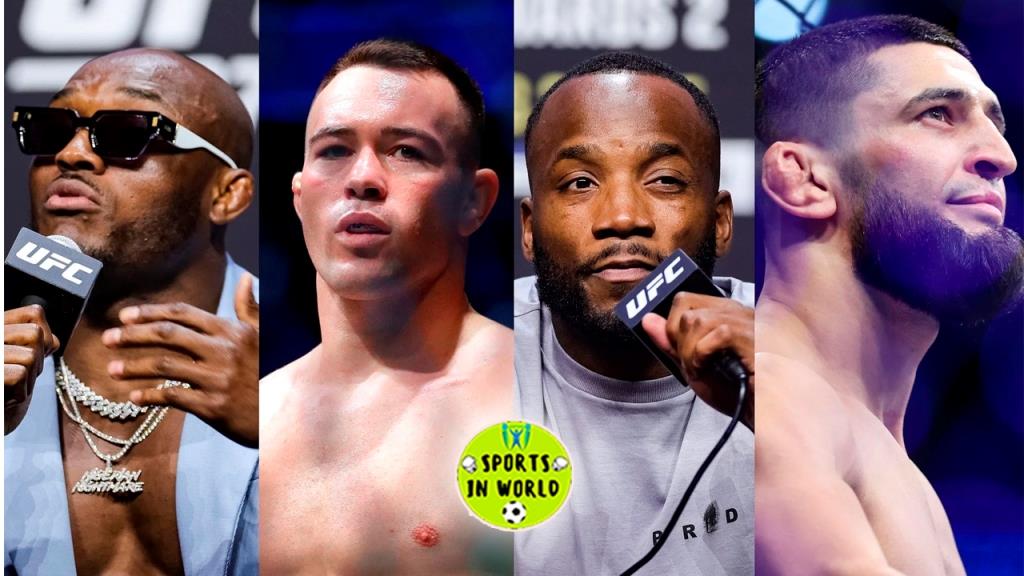 Kamaru Usman sat down with Brett Okamoto ahead of his title defense at UFC 278 to talk about several topics. One conversation of note revolved around how Usman is able to stay motivated, given the dominant championthat he is.

Okamato has previously asked for his thoughts about the Khamzat Chimaev hype, and ‘The Nigerian Nightmare’ linked the two topics, juxtaposing his upcoming bout with Leon Edwards against a potential bout with Khamzat Chimaev.

He claimed he would be more motivated for a Chimaev bout, comparing it to his first bout against Colby Covington, stating:

“If that fight [with Chimaev] does come about, I think I have to have the ability not to get wrapped up in what’s going to happen… because I don’t neccessarily want to fight emotional… Everywhere you go people are gonna [talk about it] like the Covington one. Everywhere I went in the world people brought it up… So it’s almost impossible not to get up for it… I have to have the ability to restrain myself so I don’t get lost in the shuffle.”

Kamaru Usman has to be very careful about overlooking Edwards, who is currently on a nine-fight win streak since his last loss to Usman.

Although the potential that a Chimaev bout could bring is sky-high, Usman has his hands full Saturday night with ‘Rocky’ and should be fully focused on the task at hand.

Leon Edwards has been prophetic about his upcoming rematch with Kamaru Usman, even referring to it as his ‘destiny’ to defeat him and claim the welterweight title belt.

Edwards has a positive outlook, considering this journey to the title-shot has been anything but easy for him. He suffered from a series of canceled bouts that kept him out for 600 calendar days, and to make matters worse, he had to compile a rather large win streak (9) to earn his shot the title.

When compared to Dana White privilege benefactors like Michael Chandler, who received a title-shot after just one victory in the UFC, Edwards had to grind tooth and nail to get here.