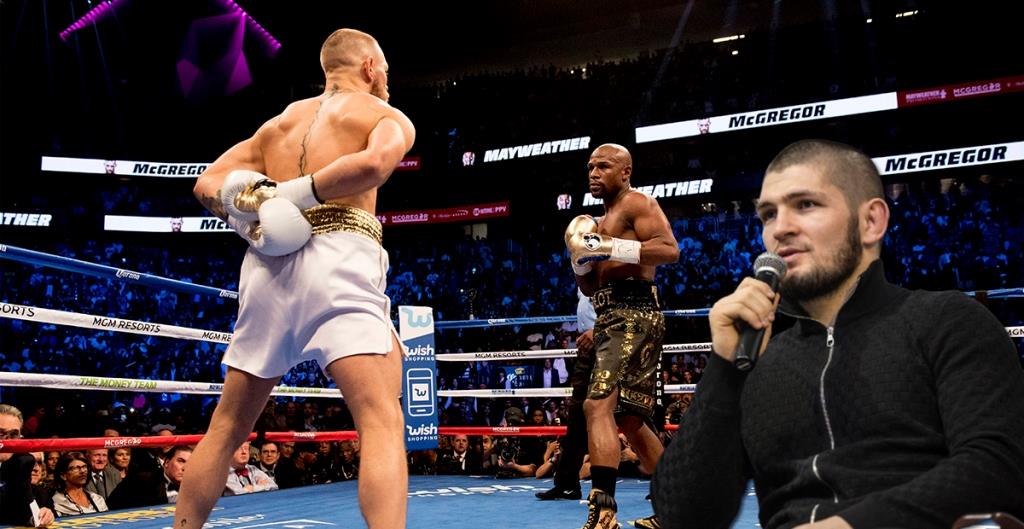 McGregor made his professional boxing debut against the undefeated Mayweather in one of the most lucrative bouts in combat sports history. Despite losing by TKO in the tenth round, the Irish megastar reportedly walked away from the fight $130 million richer.

During a recent appearance on the Full Send Podcast, Khabib Nurmagomedov discussed some of his issues with ‘The Money Fight’ between his old foe Conor McGregor and Floyd Mayweather. ‘The Eagle’ also touched on the tensions between him and McGregor.

“It was just like sparring fight. And for me, it was not real fight because this guy is not a real boxer, and Mayweather what he did, for me it was more like a fake fight. This is just my opinion. Maybe, maybe not… Then, what was between us, it was real. And everything what happened before the fight, inside the fight, after the fight,” said Khabib Nurmagomedov.

Conor McGregor has transcended MMA to become a household name and one of the biggest box-office attractions in combat sports history. He is also one of the highest-paid athletes on the planet.

Eddie Hearn believes the UFC aren’t happy that the trashtalking Irishman’s brand has possibly eclipsed their own. McGregor has more leverage with the promotion than any other fighter in history. During a recent appearance on The MMA Hour, the Matchroom founder said:

“For UFC, where they’ve been very smart is by – it’s such an honor to get a UFC deal. You see these kids coming out of Bellator, or Cage Warriors, or wherever it is; but the thought of getting a UFC contract is everything. But I feel in the UFC, they don’t want you to get too big. And when you do – and I used to almost laugh at Conor, because I could just imagine just the disruption that he was causing in that organization, because that’s not really the name of the game. We don’t want a star that is bigger than the UFC. Conor McGregor became bigger than the UFC. Really. And that’s a nightmare for those guys.”