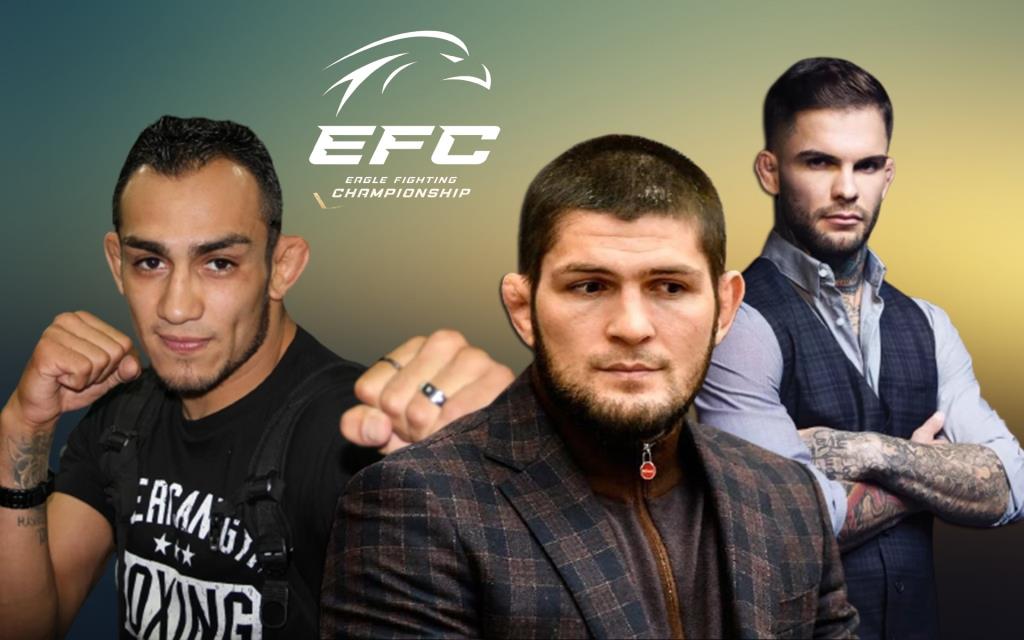 Khabib Nurmagomedov says Tony Ferguson and Cody Garbrandt may leave the UFC to join his league. UFC legend Nurmagomedov has now turned into a full-time entrepreneur. The former UFC lightweight has created many businesses covering a variety of segments. A cell phone network, a bottled water company, and an MMA promotion of his own, you name it and he has it. Thanks to him going full throttle into his businesses, the UFC superstar has accumulated a net worth of over $40 million.

Recently, ‘The Eagle’ organized an event in his home country Russia for his sports nutrition brand- Fitroo by Khabib. His fans and reporters alike swarmed the event. However, the press was more interested in knowing about his MMA promotion- Eagle Fighting Championship.

Reporters asked him various questions regarding his promotion. Whereas one interesting scoop came out when a journalist asked him questions about the UFC. The reporter asked Nurmagomedov, “Can you say that we could see Tony Ferguson or Cody Garbrandt in EFC?”

Nurmagomedov’s response clearly meant that we can see former rival Tony Ferguson and other former UFC champions like Cody Garbrandt, in his MMA promotion.

Who else is fighting in Nurmagomedov’s EFC?

Whereas, names such as Tony Ferguson and Cody Garbrandt are mere possibilities. They have confirmed that UFC veteran Kevin Lee will join the promotion.

The promotion will have its first big fighting event in the USA next year in January. Fans will get to see Former MMA fighter Rashad Evans get out of retirement and take part in the event.

Meanwhile, prominent fighters Tyrone Spong and Sergei Kharitonov will lock horns with each other.