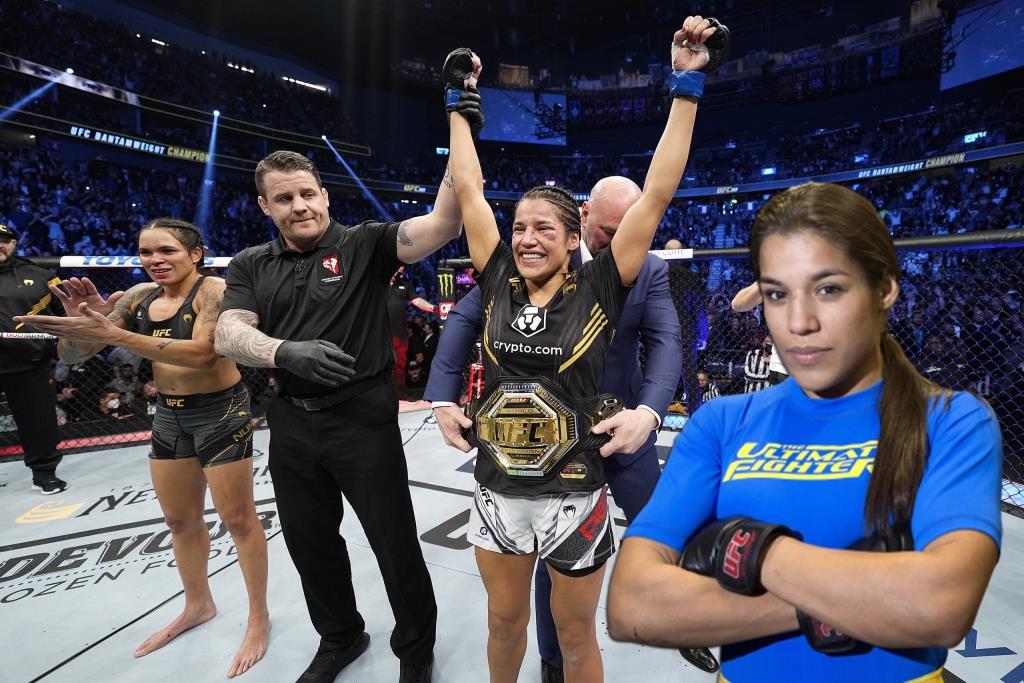 UFC news: Juliana Pena says she almost hurt Amanda Nunes‘ arm in the first round. Julianna Pena entered the UFC269 co-main event in one of the biggest fights of her career. Many critics believed she was an underdog prior to the fight and predicted her to lose, against the two-division champion, Amanda Nunes. However, Pena proved all her critics wrong.

‘The Venezuelan Vixen’, achieved one of the biggest upsets in MMA. The fight ended with Pena submitting Nunes with a rear-naked choke in the second round. Nunes dominated the first round. However, Julianna clutched the match under 4 minutes of the very next round.

After the match, she sat down with Ariel Helwani for an MMA Hour interview. In which Ariel asked, “Do you recall the moment when you started to realize that she was breaking?”

To which the Bantamweight champion Juliana Pena replied, “Uh, yes, it was in the first round. It looked to the naked eye. I mean, these are million-dollar cameras and they’re great, but you would think that they would get the shot off like I’m about to snap this girl’s arm. I am about to have the first-ever victory by straight arm lock. “

“You know, that’s what was playing in my mind. I was like, man, it probably looks like people probably are like oh she’s going to choke her but I’m like dude, her arm is going to snap in half.”

The 32-year-old fighter continued,” I had her in trouble in round one and I knew that’s the moment that I was like man like if this is how our grappling exchanges are going to be I could do this all night long and especially just the amount that she was breathing you know you could hear her”

What’s next for Julianna Pena?

Julianna is currently on a two-win streak after her most recent victory. She has achieved a total of 7 wins in her UFC career along with 2 losses. Her next fight could probably be a rematch with Nunes.

Amanda Nunes also seems interested in the rematch. This rematch is what many fans and fighters want and are eagerly waiting to see how Nunes will respond.

Who were you rooting for? Julianna Pena or Amanda Nunes?