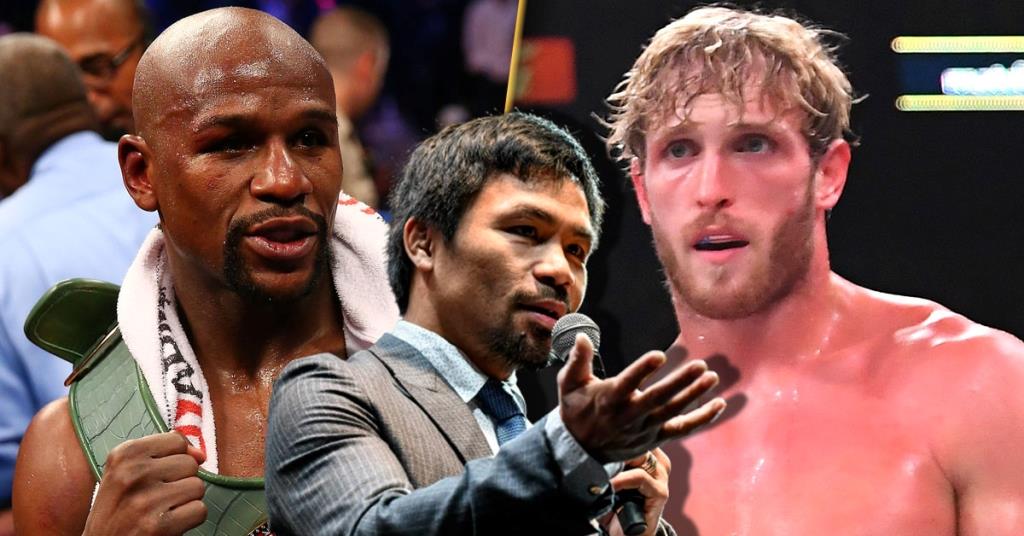 Manny Pacquiao has taken exception to former foe Floyd Mayweather for fighting non-boxers such as Logan Paul. Speaking ahead of his bout with Errol Spence Jr, Pacquiao has stated: “I’m not like other boxers who fight only for money,” which is a blatant jab at his long-time rival.

Pacquiao will fight for the first time in two years when he meets reigning International Boxing Federation and World Boxing Council welterweight champion Spence in August.

Speaking to the Radyo Singko programme Power and Play with Noli Eala in Filipino, Pacquiao said, as per Rappler: “I’m not like other boxers who fight only for the money. They will challenge non-boxers just for the money.

As for me, I want a real fight. I fight to challenge the best.

This comes shortly after Mayweather, who is openly retired, took on YouTuber Logan Paul in an exhibition clash earlier this month.

The bout did not have a winner, with Paul, rather impressively, surviving eight rounds against the undefeated Mayweather, who retired with a picture-perfect record of 50-0.

Mayweather said in response that it is ‘sad’ that Pacquiao still has to fight.

“When I come and do an exhibition and come out boxing and have some fun, I do it cause I want to do it, not cause I have to do it.

“Whereas Pacquiao, at his age, [it] is sad that he has to fight. I’m financially set and I want to let everybody know this.”

“This is a real fight, not like other fights where you go up against someone who is not a boxer.”

Pacquiao and Mayweather, of course, fought back in 2015 in a clash labelled ‘Fight of the Century’, although it was not quite the level of excitement everyone had pictured, with Mayweather putting on a masterclass on how to duck, weave and defend.