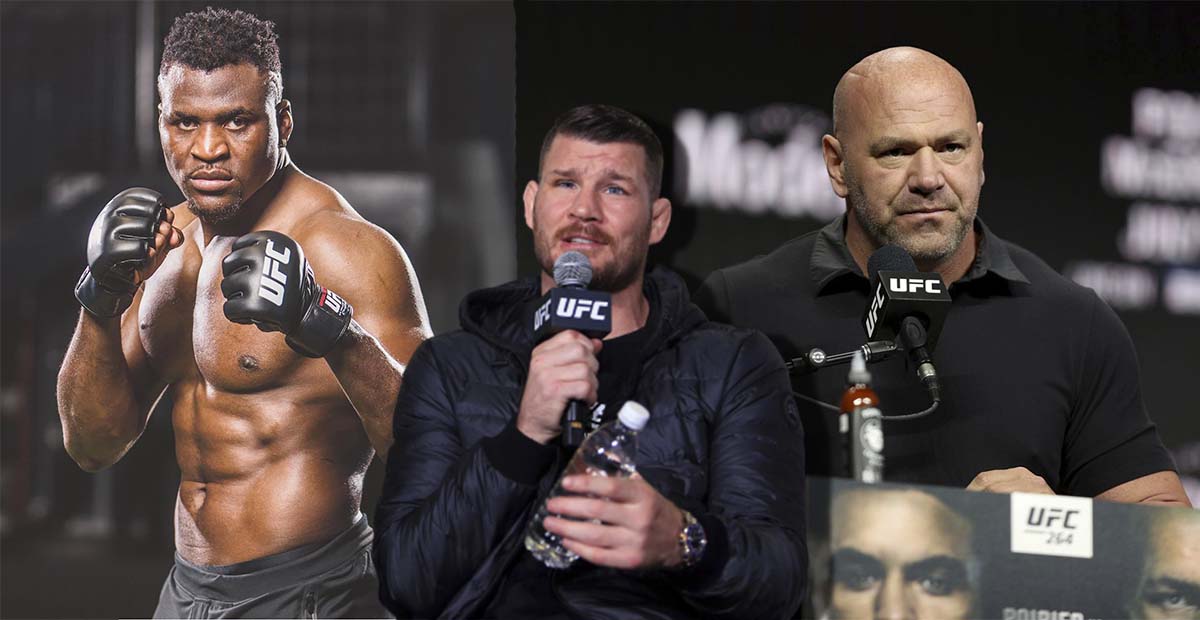 Michael Bisping has no interest in sharing his thoughts on the on-going tussle between UFC heavyweight champion Francis Ngannou and the UFC organization.

During a recent Q&A session on his YouTube channel, ‘The Count’ was asked for his opinion on the pay dispute that ‘The Predator’ is having with the decision makers at the UFC. Bisping declined to comment on the issue, saying he would rather focus on ‘fun stuff’:

“I stay out of UFC politics, mate. You know what I’m saying? You wanna go talk about your boss publicly? You’ll get fired. I’m not saying I’ll get fired but it’s just, you know, I wanna talk about fun stuff.”

Ngannou has gone on record multiple times to show his unhappiness with his current UFC contract. ‘The Predator’s purse for his fight against Ciryl Gane at UFC 270 was $600,000.

The Cameroonian also wants to compete in boxing against big names like Tyson Fury and Deontay Wilder. However, he is unable to do that due to the restrictions in his UFC fight contract.

YouTuber-turned-boxer Jake Paul has been at loggerheads with the UFC regarding the issue of fighter pay for quite some time. ‘The Problem Child’ recently voiced support for Francis Ngannou on Twitter

Former UFC heavyweight Mark Hunt, who has been involved in a legal battle with the UFC for years, also took Ngannou’s side on the issue:

“Congratulations, Francis Ngannou! It’s about time some fighters grew some b*s and it’s good to see you speaking the truth about how this grubby company operates. They have been doing this for such a long time and all these brown nosing rodents. They all work for ufc in the media section. Hahahahahaa, fake a accounts”