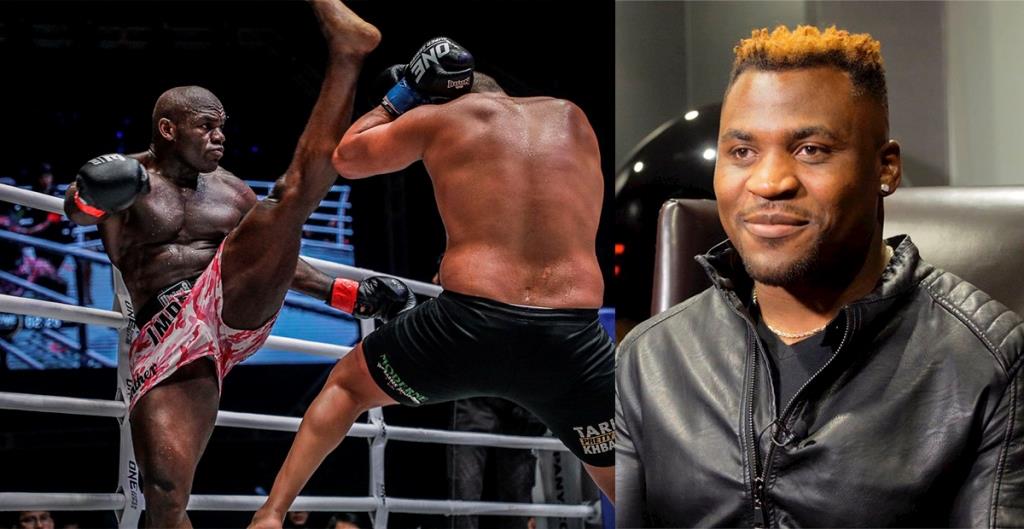 ‘The Panther’ posted an excerpt of an interview where Ngannou seems to be asked about what he thinks of his fellow Cameroonian-born fighter. ‘The Predator’ had this to say about Alain Ngalani:

“He do crazy stuff with his kick, like, insane. Like, I watch his fight, most of the time, he’s not really like a boxing type of guy. I think his background might be something like karate or taekwondo. This is some style very special, so I know a lot about him. I always get impressed by his kick and he always caught people with this spinning back kick. He’s so fast that you can’t see him coming.”

The ONE Championship heavyweight is an accomplished martial artist in various disciplines, including judo, Muay Thai, and kickboxing. As a fellow combat sports athlete, Ngannou commented that he believes that their similarities end there, as they are completely different animals.

“I can’t compare his own to my own, because I don’t have those stuff at all. What I do have is my punch. I can guarantee you I have that.”

Francis Ngannou and the UFC are in the middle of a contract controversy, and there may be a real possibility that the 35-year-old behemoth may be looking for a new home. With endless possibilities out in the open, he was asked if he would consider fighting Ngalani, to which Ngannou responded by saying:

“Fighting is a sport. You don’t fight somebody because you hate him, or because you want to hurt him, because it’s a sport, for the beauty of the sport. And for some reason, if you have an opportunity to fight your brother, which is gonna be just be good for you both, you know, you fight.”

Alain Ngalani is always humbled by compliments. He is also gracious in recognizing the success of others, especially a global star like Francis Ngannou.

In the caption of a post on Instagram, Ngalani congratulated the UFC heavyweight champion for all he had done:

“Some wise words from Francis. Congrats on your achievements my brother. And all the best! I see you when I see you Francis N’Gannou God willing”

Ngalani is not one to back out of a challenge. With ONE Championship’s creativity in innovating the fight game and Ngannou’s expressed desire to compete in boxing, it’s not too farfetched to think that there’s a future where these two supreme athletes could stand opposite each other in the circle.