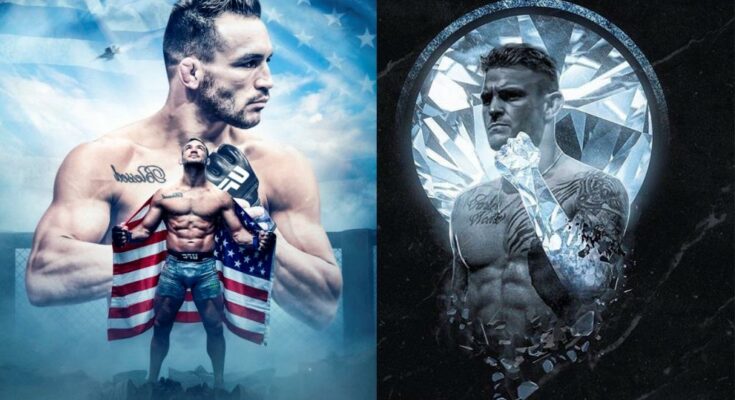 Michael Chandler is hoping to fight his way back into title contention. He is potentially one win away from another shot at UFC gold following his devastating knockout of Tony Ferguson last time out.

The 155 lbs contender has called out a handful of possible opponents. However, those he’s interested in have been matched up with other opponents, or are unavailable to fight at the moment.

With the lightweight division almost fully booked up, Michael Chandler versus Dustin Poirier seems like the logical next fight for two contenders eager to earn a title shot.

During an interview with Brendan Schaub, Michael Chandler detailed the moment his relationship with Dustin Poirier turned sour, despite them once being cordial with one another.

The 36-year-old was already a massive name in MMA before making the jump over to the UFC last year. He has seen his value grow since arriving in the octagon.

Although he has made some enemies along the way, it’s hard to deny just how entertaining the lightweight is when he steps into the cage.

Michael Chandler recently discussed his relationship with Dustin Poirier during an episode of Food Truck Diaries. He explained exactly when animosity began to build between the two, saying:

“We don’t have a history, but here’s what we do have; we had immense amount of respect followed by immense amount of disrespect on microphones, followed by, ‘Okay, I guess we don’t like each other anymore’… I come over to the UFC and then, obviously, on the microphone [he said], ‘Hey, if they want me to fight Chandler, I’d rather just sell hot sauce.'”

While the switch-up from Poirier took ‘Iron’ off guard, he did share his opinion on why he thinks it happened.

“I get it, for him, he’s a guy who’s been in the UFC for a decade and a half, or whatever, [and] I’m the new guy… I come in, finish Dan Hooker in two-and-a-half minutes which he couldn’t do in 25-minutes. Doing backflips, calling people out, saying his name, saying Conor [McGregor’s] name, so I get it.”
The two have been at each other’s throats on social media. While nothing has been put into place by the UFC as of yet, it looks destined for the pair to meet up in the cage sooner rather than later.

Check out what the heavy hitter had to say about his feud with ‘The Diamond’ in the video below: