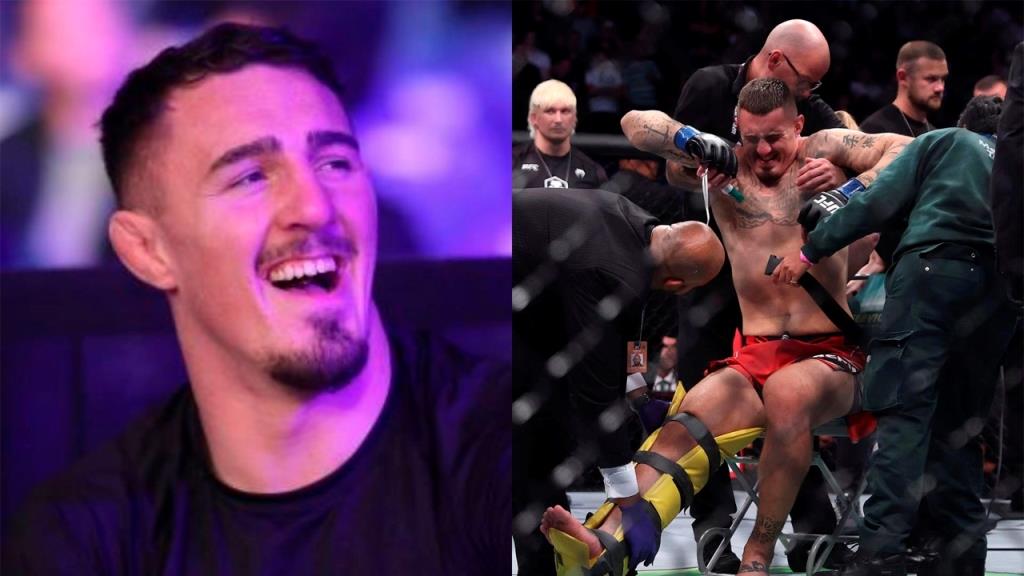 Fans seemed to appreciate that Tom Aspinall could make light of his dire situation.

Aspinall appeared as a guest on a recent edition of The MMA Hour with Ariel Helwani. During the interview, Aspinall recapped his disappointing main event bout against Curtis Blaydes, which abruptly ended after Aspinall injured his knee within 15 seconds.

Initially, it appeared as though Aspinall was going to ramble on about a sob story. However, the British up-and-comer bamboozled Helwani when he delivered the punchline to his joke:

“It was a big build-up, a lot of excitement. A lot of tension. It all started off with back-and-forth action – all action. Fifteen seconds in, it was all over and everyone leaves disappointed. So very, very similar to my sex life…”

Several fans lauded Aspinall for having a positive attitude despite his misfortune. Instagram users referred to the surging heavyweight as a “king” and a “legend.” Meanwhile, a commenter admitted that Englishman had him fooled.

Tom Aspinall revealed that he’s been dealing with knee issues since before he even got to the UFC. On top of that, the up-and-coming British star admitted that the injury could’ve been prevented had he not gotten too “greedy.”

“I got greedy. I’m not even gonna lie about it… You know when you’re on a roll and you’re going. It’s like, you just wanna keep it going. So I actually got this injury before I got signed by the UFC. And then I was like, ‘I can’t not get this UFC contract.'”