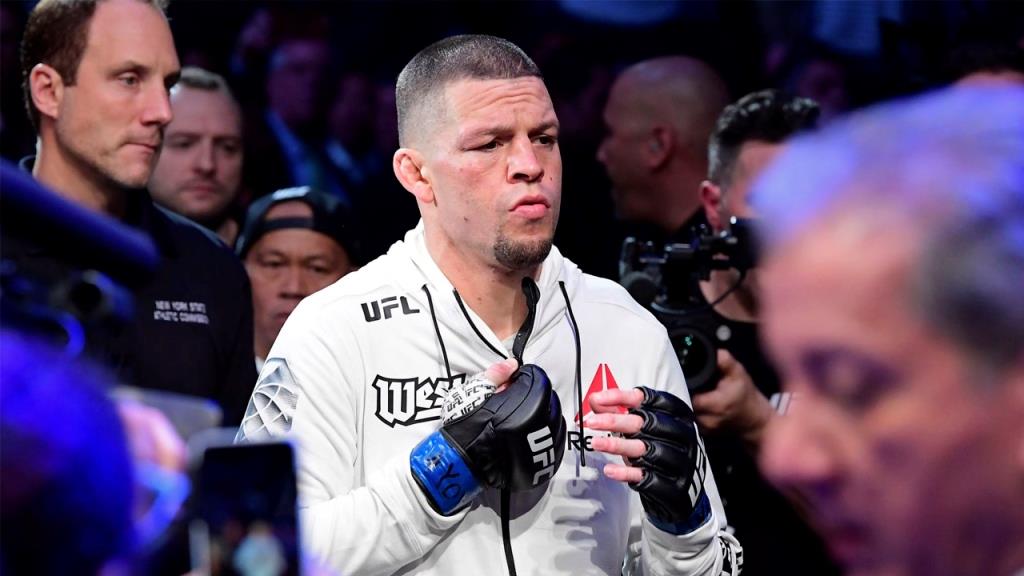 Nate Diaz is getting into the fight business with his upcoming promotion Real Fight Inc. for ‘Real Ninjas’, ‘Real Fighters’ and ‘Real Sh*t”

Diaz will finish out his UFC contract against Khamzat Chimaev at UFC 279. After that, the Stockton native will become a free agent, allowing him to use his name and fame for whatever he wants.

Although he plans to keep fighting, the younger Diaz brother has also decided to join the fight business.

Diaz made the announcement on Instagram, which was then reposted by Ariel Helwani on Twitter. Diaz’s official statement read:

“Nathan Diaz will be applying for his promoter’s license in the coming weeks to form Real Fight Inc., a new promotion that focus on promoting combat sports shows, specifically boxing, MMA and BJJ…”

“The promotion will look to attract fighters from around the world, whether it be up and coming prospects or household names who fit the brand of “Real Ninjas. Real Fighters. Real S**T..”

Check out the official announcement from Nate Diaz reposted by Ariel Helwani below:

The official statement said Diaz will continue to be “very active.” Real Fight Inc. has also established its brand as ‘Real Ninjas. Real Fighters. Real S**t.” The first event date has not been announced.

The Diaz army always shows support to its leader, so the positive reaction from Nate’s fans was no surprise. Helwani posted the announcement on Twitter, and fans showed their support:

“Nate Diaz putting on BJJ events would be amazing to see. There aren’t enough big ones as it is. UFC started with their invitationals and then just sort of quit.”

“I look forward to Nathan pursuing this endeavour with the same vigour and enthusiasm he has shown over the past six years.”

“Wherever these 2 Brothers go we’ll go with ’em Absolute LEGENDS.”

Before taking the next step with his promotion, Diaz has a tough matchup against Chimaev at UFC 279. If he can pull off the upset and defeat the Chechen fighter, the Stockton native will be entering free agency with some momentum.