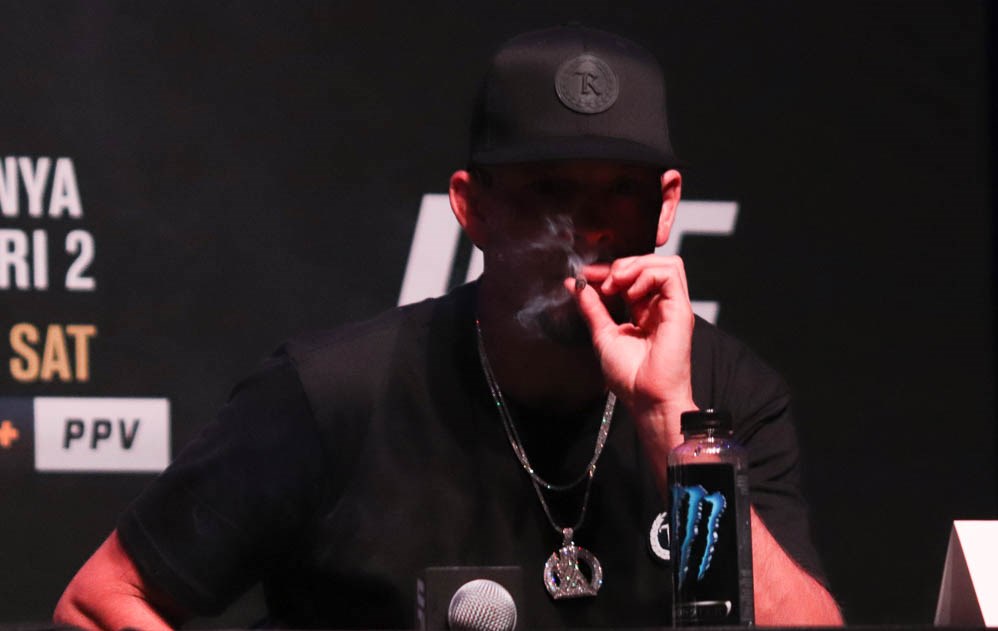 Nate Diaz did his usual actions at the UFC 263 press conference. While most of the questions were towards Israel Adesanya and Marvin Vettori, Diaz sat back in his seat and started to smoke a joint.

Of course, with the Arizona commission, you can smoke marijuana all you want as long as you don’t show up to the fight impaired so Diaz took full advantage of it.

While he was smoking, he was seen offering Brandon Moreno a hit but the flyweight title challenger declined. Shortly thereafter, Moreno was asked about it and had nothing but praise for Diaz.

“Man, this guy is amazing. This is the first time I’ve met Nate and he’s an amazing person bro,” Moreno said at the press conference after first bumping Diaz.

After people started to notice that Diaz was smoking a joint, he made it known it was his own product. He mentioned it a few times during the press conference and backstage told ESPN’s Brett Okamoto it was marijuana not CBD.

“Nate Diaz was smoking marijuana on stage not CBD, his team tells me. It’s his own brand, Kill_4209. Rules in Arizona allow him to smoke closer up to the fight than other states.”

Although Diaz was smoking on stage he does have a big fight ahead of him as he’ll take on Leon Edwards in a highly-anticipated bout. If Diaz wins, he likely will earn a title shot due to how big of a star he is. However, he has said this is already a title fight in his eyes. UFC 263 also marks his return to the sport as he hasn’t fought since he suffered a TKO doctor stoppage loss to Jorge Masvidal at UFC 244 for the BMF belt. 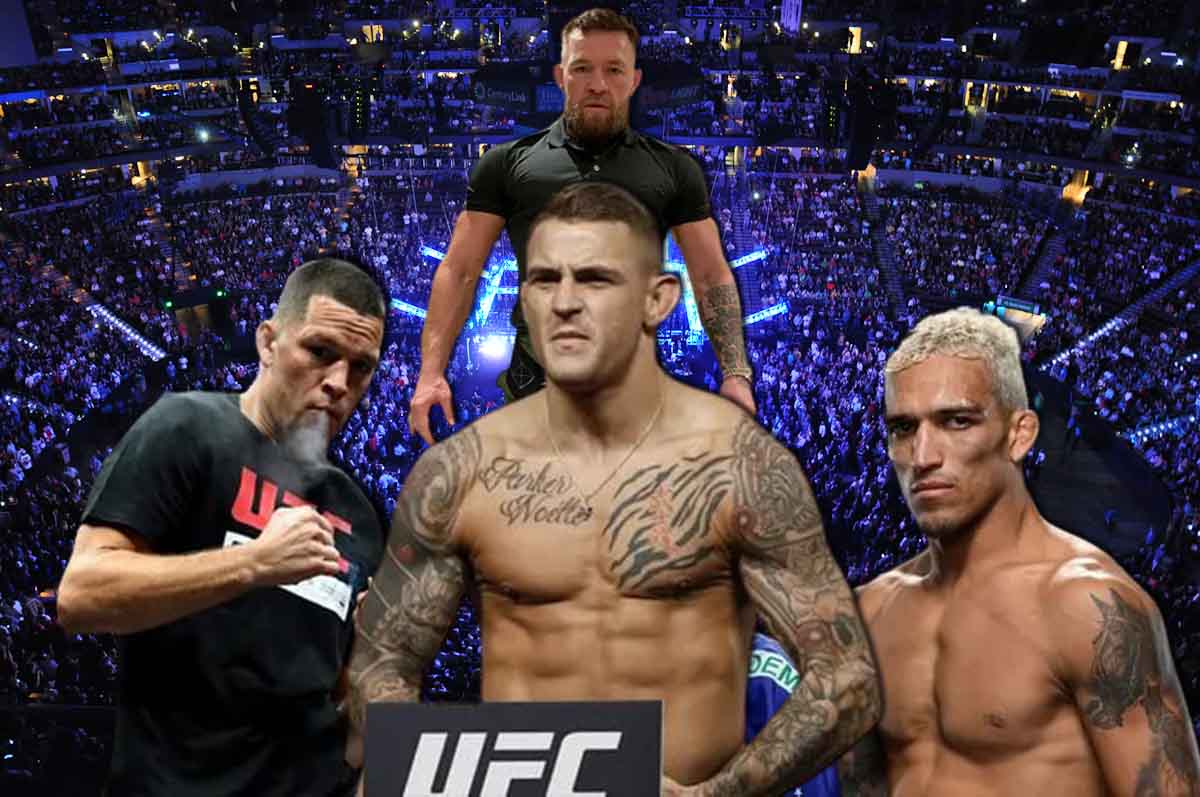 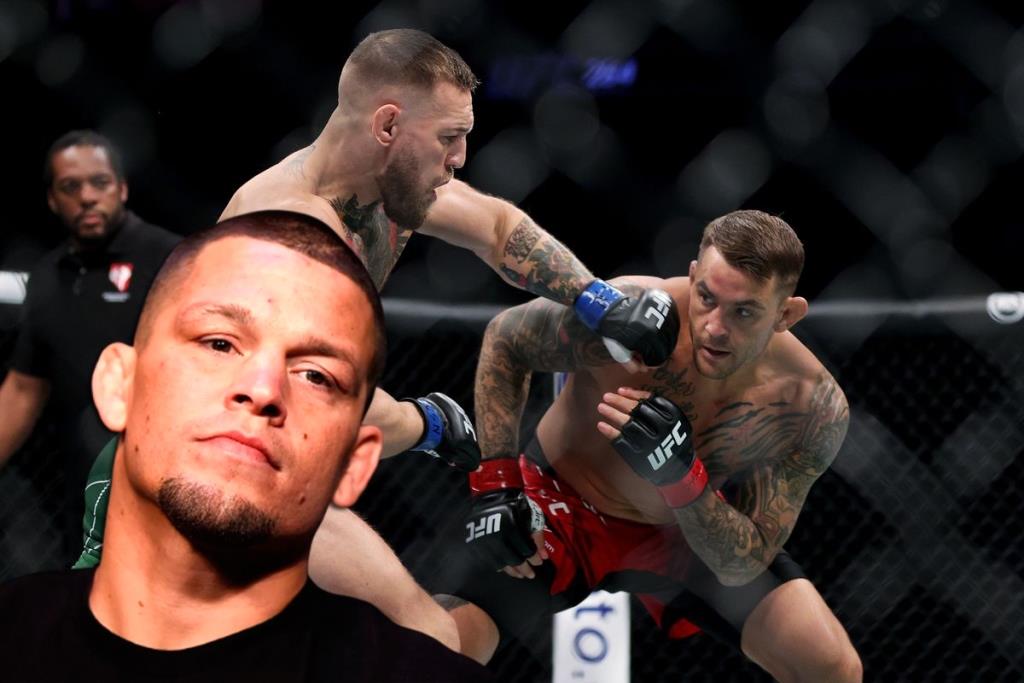 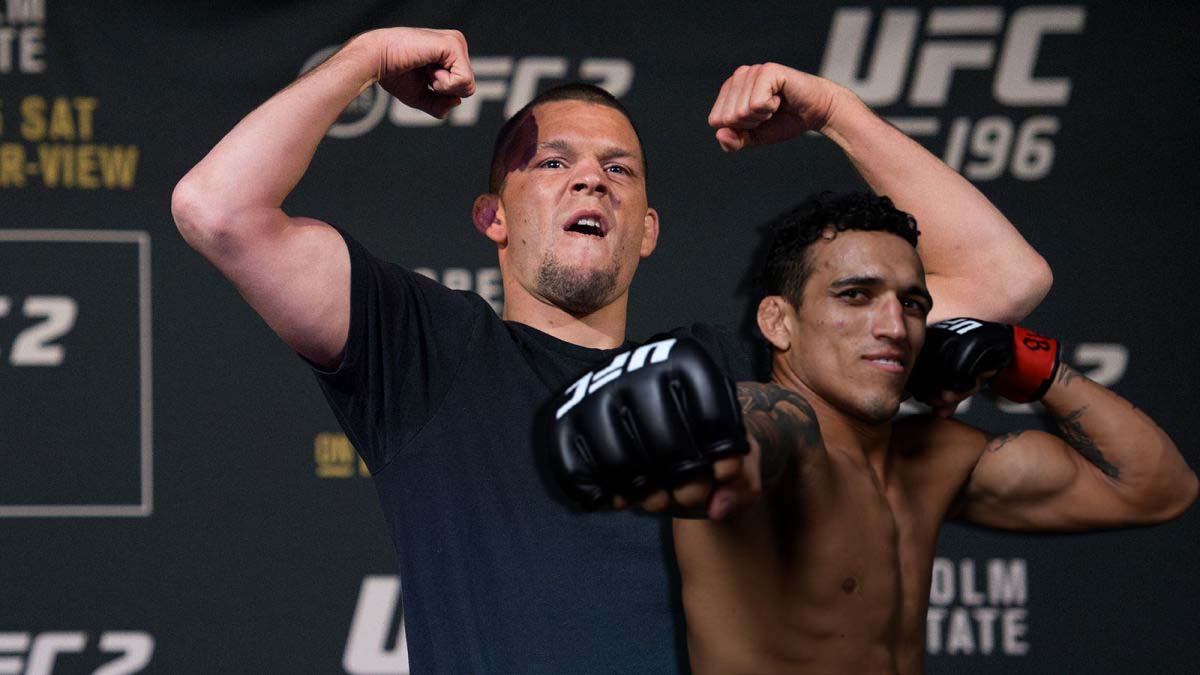