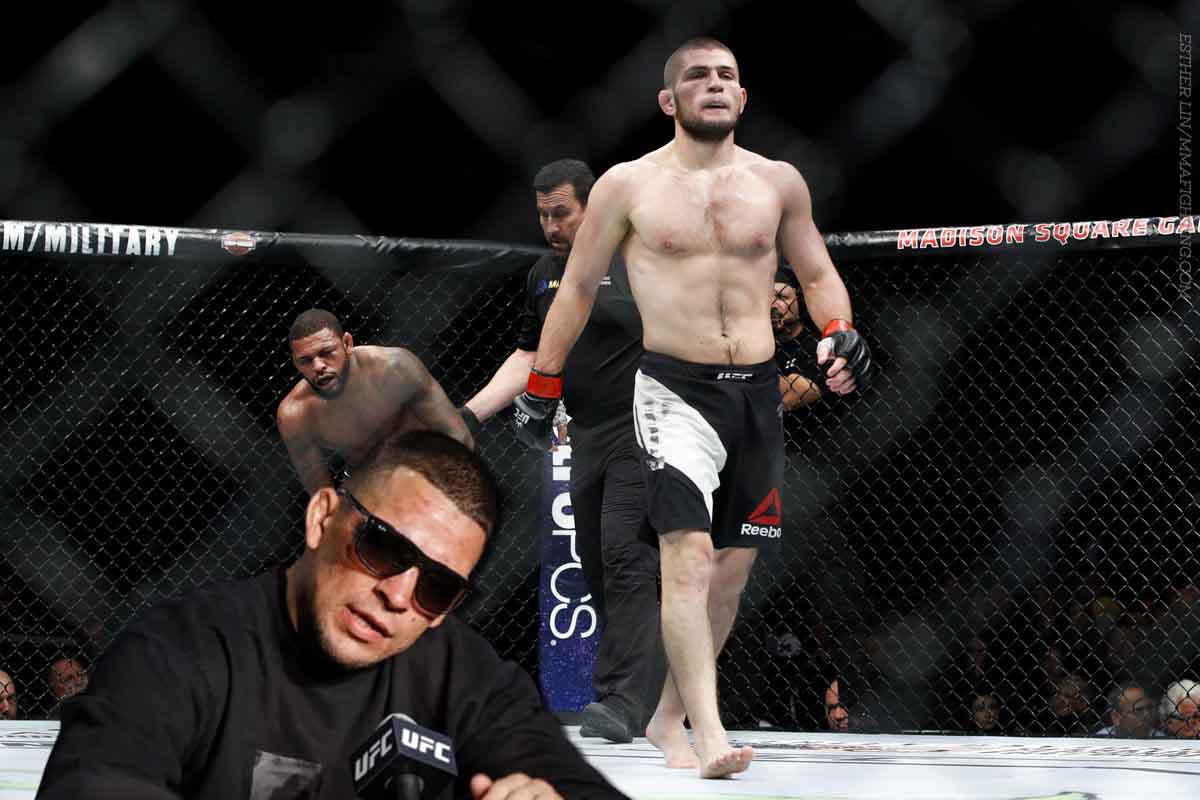 Former UFC belt contender Nate Diaz explained why he refused to fight Khabib Nurmagomedov in 2014, and also recalled the story of a scuffle between their teams during an MMA tournament.

“Once I wanted to fight him, but … Let me tell you a little story about me and Khabib Nurmagomedov, okay. Do you remember, I once wrote that this dude cut off the bream, and everyone started writing to me, and saying that Dana White said that Nate Diaz gave up the fight with Khabib. It was in 2014 or so … In short, before that I fought with Bensen Henderson for the title, and I was not happy with my new contract, since I already there were 20 fights in the UFC, the record for the number of fights in the evening … In short, even then I was one of the most popular fighters in the UFC, ” – Nate Diaz said in an interview with Ariel Helwani.

“And then after this fight, the UFC calls me and, like:” Hey, you are going to fight Khabib Nurmagomedov. “And I:” Who the hell is this? “I watched his fights, which are no different from his recent fights, – he He grabs you and holds you. Boring fighter who had only two fights in the UFC then. And I was like: “Why would I sign up for this fight, I just fought for the title.” And you know, I didn’t give up the fight I just told them to give me someone better, but they gave everything as if I had given up the fight.

Then a couple of years passed. I was at the WSoF tournament, watching my friend Jake fight. And Khabib behaved there like an incredibly cool dude, like some … in short, he is an asshole. He and his team fiddled over me, trying to provoke me into a fight. So right there I ended this fight. And then, when I started asking for a fight with him, he did not want to fight. Therefore, of the two of us, it was he who refused to fight …

And with Conor the same theme! When he lost to Khabib, the UFC contacted me saying, “Hey, we want you to fight Conor!” And I was like: “What, I have to bring him back from the dead again? I’d rather beat him with Khabib!” But he didn’t want to. Like, he’s already above the fight with me, for some reason. And now he’s like, “I’ve already achieved everything, I’m higher than the rest, so I’m leaving.” And I’m like, “Che ?!” This is why I don’t fight lightweight. Because – the bi*ch champion, and the rest were finished and killed. “ – said Nate Diaz.