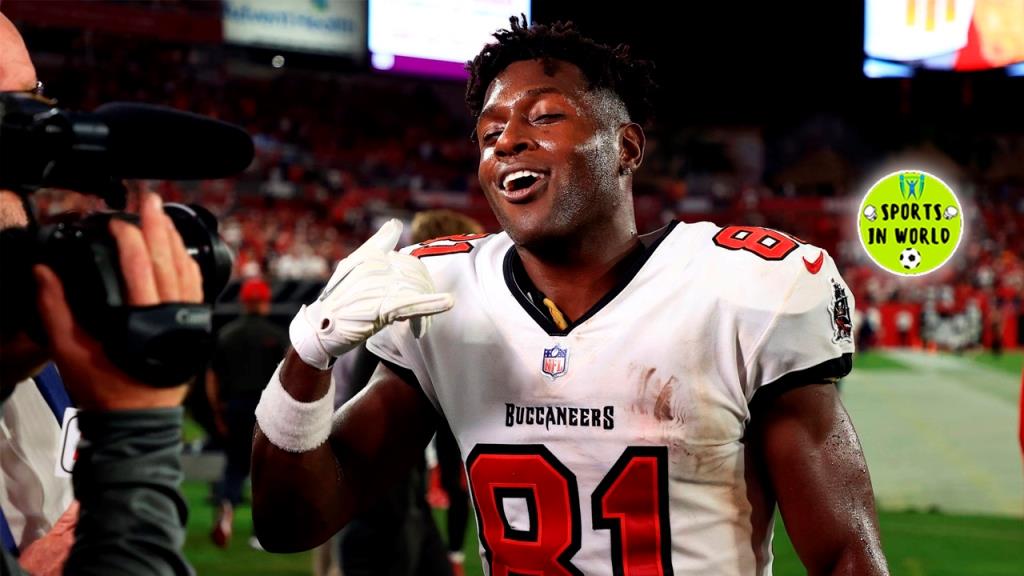 In the latest edition of ‘What’s up with Antonio Brown?’, the former Pittsburgh Steelers wide receiver linked up with Kanye West for an unexplained reason.

The last thing NFL Twitter needed was an invitation to pile on Antonio Brown, but here we are.

This isn’t the first time Brown has linked with Kanye West, with the former Bucs man named president of Donda Sports by West back in February. Nevertheless, even if Brown’s latest collaboration leads to something, NFL Twitter is having a field day with their linkup.

Antonio Brown recently channeled his inner Kanye when he endorsed a graphic of a quote with quite possibly the wildest take in the NFL, claiming that his biggest regret was not being able to watch himself do his thing on the field.

While that post itself was followed by a barrage of claims that he was suffering from CTE, Brown’s recent post just furthered the agenda.

There have been murmurs of Brown possibly making a comeback to the NFL. Brown last played for the Tampa Bay Buccaneers but was cut from the team in January after he stormed off the field mid-game during the third quarter in a game against the New York Jets.

There has been little interest in the wide receiver since he recently hinted to TMZ that he’d be open to making a comeback.

In light of the Dallas Cowboys fielding a couple of injury concerns in their receiving corps, Brown asked Cowboys owner Jerry Jones to “call me” to calm the storm.

Brown also told TMZ he misses his former teammate Tom Brady, who convinced him to join the Bucs. The former Bucs wide receiver said he misses catching passes from the seven-time Super Bowl champion, calling him a “true friend.”

It appears highly unlikely, however, that the Cowboys will reach out to Brown, considering the baggage he brings.

As things stand in Dallas, CeeDee Lamb is their only option at wide receiver, with Michael Gallup and James Washington set to be out for a while.

Gallup told reporters last week that it was unlikely he’d be available for Week 1 after sustaining a ligament tear in Week 17 last season, while Washington’s expected to be out for 6-10 weeks with a fractured right foot.