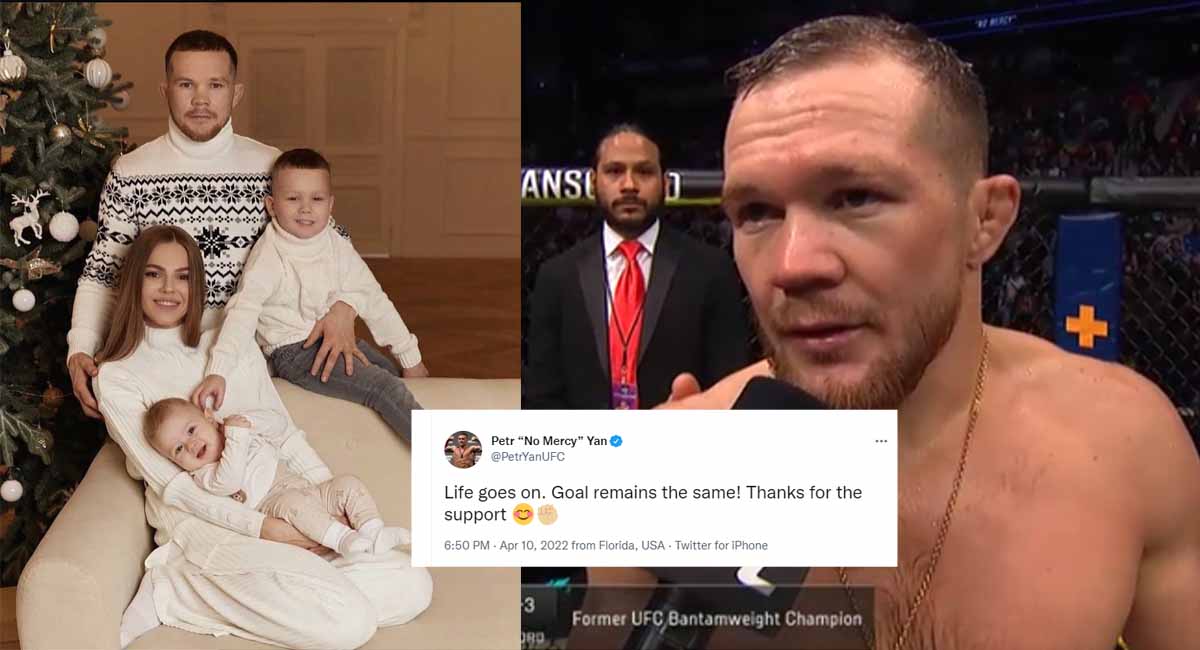 Petr Yan wants to move forward after his second loss to Aljamain Sterling at UFC 273.

Yan and Sterling collided a second time at UFC 273. The bout was contested to determine the undisputed UFC Bantamweight Champion. Sterling had success with the grappling early but Yan was able to thwart his attempts as the fight progressed.

Ultimately, it was Sterling who was awarded the split decision victory. Petr Yan is now 0-2 against the 135-pound titleholder. In their first encounter, Petr Yan was disqualified after landing an illegal knee.

Yan hopped on Twitter and said he doesn’t plan to dwell on the UFC 273 loss.

“Life goes on. Goal remains the same! Thanks for the support.”

During his post-fight interview with Joe Rogan, Petr Yan said that he believes he should’ve had his hand raised and wants a rematch.

UFC President Dana White told reporters that he believes Yan should’ve been awarded the decision win. With that said, the UFC boss seems to be targeting a showdown between Sterling and TJ Dillashaw.

Yan’s manager, Danny Rubenstein, had told MMAJunkie going into the bout that Yan was feeling so good that he went into fight week uninjured for the first time.

“He’s great – I’ve honestly never seen him look better,” Rubenstein said. “I’ve had a lot of conversations with a lot of people around him, outside of him – everybody is very impressed by what he’s been doing and especially this camp and how he’s looked this camp.

“His weight is good. [He has] no injuries, which is pretty much a first for him. Every other fight, he’s had some kind of injury. The Jimmie Rivera fight, he was in the hospital the week before the fight. So everything has always been, with Petr, very difficult getting to the fight. He’s always made it there and always performed very well. But the fact that he’s healthy now and no injuries, I think it’s going to be a good week for him.”

It wasn’t enough to defeat Sterling but Yan certainly appears to be focused on what’s next. It’ll be interesting to see who the UFC decides to match him up against. If the promotion goes through with Sterling vs. Dillashaw, then Yan will likely be heading into his first non-title fight since 2019.