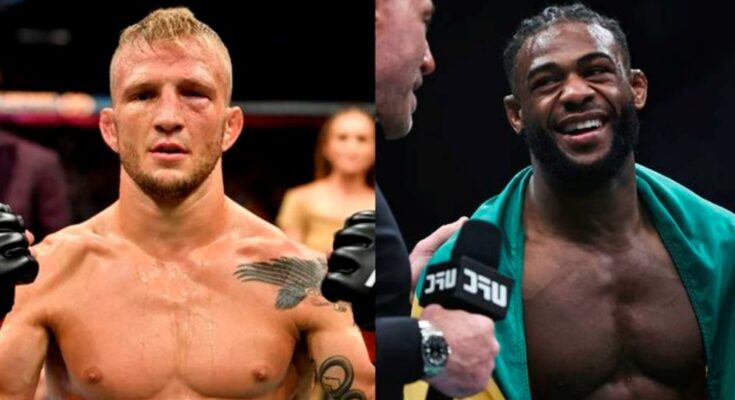 Current bantamweight lynchpin Aljamain Sterling has been poking a lot of fun at T.J. Dillashaw’s drug suspension. After defending the belt at UFC 273, Sterling called Dillashaw several names, including ‘Pillashaw’ and ‘Needleshaw.’

Sterling has concocted another nickname for ‘killashaw.’ The champ included it in an Instagram post, calling him ‘Pill-J Dillaroids.’

Dillashaw will do his best to ignore the background noise, but there’s no doubt ‘The Funkmaster’ will take every chance he can to remind the former champion of his infraction. Whether T.J. is able to return to his championship form will be discovered on October 22 at UFC 280 in Abu Dhabi.

On an episode of The MMA Hour, T.J. Dillashaw joined Ariel Helwani to discuss his upcoming title fight with Aljamain Sterling.

Dillashaw is, of course, referring to when he was stripped of the bantamweight belt and suspended for two years in 2019 after testing positive for the performance enhancing drug EPO.

EPO, typically used to treat conditions such as anemia, boosts a fighter’s cardio by increasing the red blood cell count. This translates into improved endurance for someone healthy.

Dillashaw has since been given another title shot after defeating Cory Sandhagen by a controversial split-decision on his return. Whether that was enough to warrant a title shot is debatable, hence the accusations from fans and fellow fighters.

You can watch the full episode of The MMA Hour below: