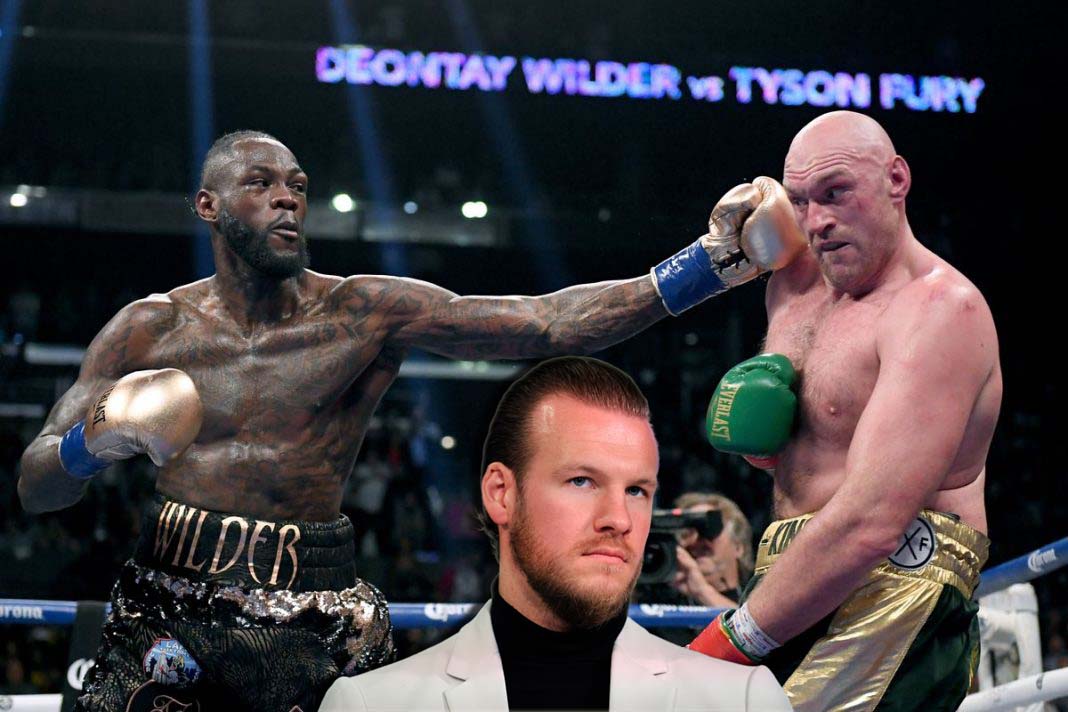 Tyson Fury’s ex-trainer Ben Davison believes that the trilogy fight with former WBC heavyweight champion Deontay ‘Bronze Bomber’ Wilder will be a “dangerous” one for the ‘Gypsy King’ on July 24th.

Deontay Wilder (42-1-1, 41 KOs) will be amped up in the first three or four rounds and letting his hands go with mean intentions. Davison feels that with Wilder’s power, it’s perilous for Tyson Fury because he can do damage if he lands.

Looking at the two fighters, Wilder looks like he’s taken more of an effort to prepare himself by training in the last 15 months since his seventh-round knockout loss to Tyson Fury in February 2020.

“Yeah, I think it will be because Wilder will have the mentality that in the first three or four rounds ‘just me or you’ and if that man’s letting his hands go, he’s dangerous,” said trainer Ben Davison to Fighthype when asked if Wilder vs. Fury 3 plays out differently than the second fight.

If Wilder wins this fight, it would be “retribution” on his part, and it would put him in a position to take on IBF/WBA/WBO heavyweight champion Anthony Joshua (24-1, 22 KOs) in December.

Wilder has a new trainer in Malik Scott, and he’s working teaching him badly needed fundamentals in boxing. It’s unknown whether Wilder can learn enough in the short period of time that he has before facing Malik on July 24th.

Some believe that Wilder is better off going after Fury from the first bell and looking to take his head off as he’d done in their first fight in 2018. That was a match in which Wilder dropped Tyson Fury twice and had him knocked out in the 12th.

In their rematch last year, Fury was able to back Wilder up by fighting aggressively and pushing him around. Fury bulked up for that fight, and he used his extra size to manhandle the 231-lb Wilder.

Now that would be a huge, huge fight for the sport of boxing, as it would be big not only in the UK but also in the U.S. Had the Joshua vs. Fury fight taken place on August 14th, as previously planned, it wouldn’t have likely brought in huge PPV numbers in the U.S.

Despite having a rematch clause in their contract last year, Fury had hoped to avoid fighting Wilder.

However, the arbitrator decided last week that Fury must face Wilder by September 15th, a ruling that took Top Rank by surprise.

They had assumed that Fury wouldn’t have to face Wilder due to the rematch clause having supposedly expired.Tyson Fury is now missing out on a big-money match against Anthony Joshua, which would have paid him in the neighborhood of $80 million.