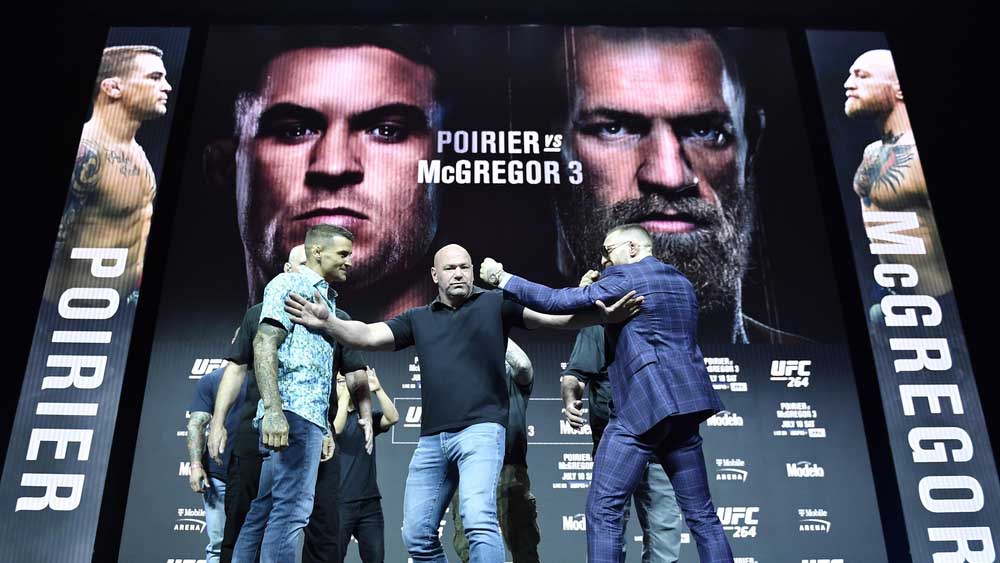 The biggest fights of the year goes down on Saturday night when Dustin Poirier and Conor McGregor meet in a rubber match in the lightweight main event of UFC 264. The pair top the loaded fight card set for T-Mobile Arena in Las Vegas. Big fights draw plenty of attention and almost everyone has an opinion on how the third meeting between Poirier and McGregor will go down.

For some, like former UFC lightweight champion Khabib Nurmagomedov, the fight is a pick ’em, with Nurmagomedov telling UFC Russia, “Once again, same thing here the first round is for Conor, he can take it. If he doesn’t [win in the first round], then Dustin wins.”

But for others, there’s a clear pick for which man gets his hand raised at the end of the night. Let’s take a look at who a host of top fighters and a few from outside the MMA world are picking to win Dustin Poirier vs. Conor McGregor 3.

Former UFC welterweight champion Georges St-Pierre: “I think McGregor is very good in rematches and I think he’s going to have the victory,” St-Pierre said. “I think he’s probably going to win in the second round by knockout.” [TriStar Gym YouTube]

UFC heavyweight Ciryl Gane: “My pick is going to be Conor McGregor. Maybe he’s going to finish the fight before the end.” [James Lynch]

Former UFC fighter and analyst Dan Hardy: “I think it’s a very competitive third fight. I’m very interested to see it. I think I’m leaning towards McGregor slightly, but that’s not in any way to devalue Poirier and his chances. He’s an excellent fighter. There’s no doubt.” [Real Quick with Mike Swick]

UFC bantamweight Sean O’Malley: “Who do I got that’s the question? I got Conor, man I wanna see Conor win cause I wanna see another huge fight. I love big crazy events … Conor vs Dustin 3 is a huge event.” [O’Malley’s YouTube page]

UFC welterweight Stephen Thompson: “He’s got to come back out the same old Conor McGregor we’re used to seeing, with the same movement; not the boxing, staying in front of you, trying to bang it out type of Conor McGregor. He’s got to bring that karate style back if he’s going to go out there and finish him. He’s a smart guy. And, you know, he’s hungry; hates to lose. So, man, that’s a tough one. You know what, 500 bucks, I’m going for Conor.” [James Lynch]

UFC lightweight Michael Chandler: “I think Conor can make adjustments that will pay dividends in the third fight, but I also believe that Dustin Poirier is one of the most skilled and toughest guys in the division. Although they’ve been finished by each other, they both have great chins, great striking, both have great shot decisions in picking their striking shots. I think you have to give the slight edge to Conor especially if Conor comes out with the ‘no more Mr. Nice Guy’ attitude and can get into Poirier’s head a little bit.” [BT Sport]

Food Network star GuyFieri: “The first fight happened seven years ago and McGregor won. And then Dustin comes back and wins big. They were buddies and then they’re not. Conor likes the adversarial situation, and I think he does great off of that. I don’t know, there’s just so many questions and I was talking to Jay Glazer, and not only does he know football, but he knows UFC and MMA so well. We went back and forth on this … I don’t know who it’s gonna be. I gotta come up with some thing … I take McGregor. [UFC Twitter]

Movie star Sylvester Stallone: “I mean, you have two guys who are psychologically a little hesitant, but Poirier has a big-time advantage.” [TMZ Sports]

Movie star Chris Pratt: “I’m excited for this fight, it’s gonna be a good one. I predict it’s Poirier’s night, I think he’s got Conor’s number. I think he’s hungrier, and I think he’s going to be the bigger man that night. Looking forward to it, respect to both fighters. Thank you for all you’ve both have done for the sport, and to all the other fighters in the night, God bless ya, stay safe, and keep entertaining us fans at home. We love it, we love you, thanks Dana.” [UFC Twitter]

UFC welterweight Colby Covington: “Yeah, he’ll probably beat Conor again. But, I mean, what is that saying? You’re beating a guy that has no motivation left in the sport. And I love Conor. He’s had a great career, done great things in the sport, but you’re time’s up, too. It’s obvious that you’re not training every day, it’s obvious you’re not working on your craft, it’s obvious you’re working on other business deals to line your pockets and pad your bank account. It’s just not the same hungry Conor from a couple of years ago. It’s a different Conor towards the end of his journey and it’s not saying much to beat him anymore.” [MMA Fighting]

Former boxing champion Paulie Malignaggi: “I think [McGregor] is probably going to get his ass kicked again, to be honest. But that’s OK because they’ll tell you that he wasn’t focused again, they’ll tell you it’s because he just sold his whiskey for $600 million.” [Malignaggi told Helen Yee]

Culinary expert Andrew Zimmer: “Too much Dustin. I know it’s the trilogy, Conor is Conor, but I think Dustin is going up and Conor is peaking and going down. Too many distractions, Poirier’s been too active recently.” [UFC Twitter]

UFC middleweight Robert Whittaker: “McGregor looks really good until he didn’t. That’s kind of how it always works. I think Poirier can outlast him the longer the fight goes, the more in favor he is for winning. If I was a betting man, I’d lean toward Poirier probably.” [BT Sport]

UFC lightweight Dan Hooker: “I just don’t think that that’s enough time to make the adjustment. Like after he got knocked out, he would’ve had to have a fair bit of time off… I just don’t feel like he’s had that much time in the gym to make the necessary adjustments. … So, just because of the time constraints, I don’t see that fight playing out any different.” [Sportskeeda]

American Kickboxing Academy head coach Javier Mendez: “I’m gonna go with Dustin because I like Dustin and I’m not a fan of Conor. I can never be a fan of Conor. I’m never a fan of his, never. I never want him to win so it is what it is. He doesn’t want my guys to win, I don’t want him to win. Tough, it is what it is. I’m going with Dustin. A lot because I think he can do it. But also because I don’t like the other guy.” [Real Quick with Mike Swick] 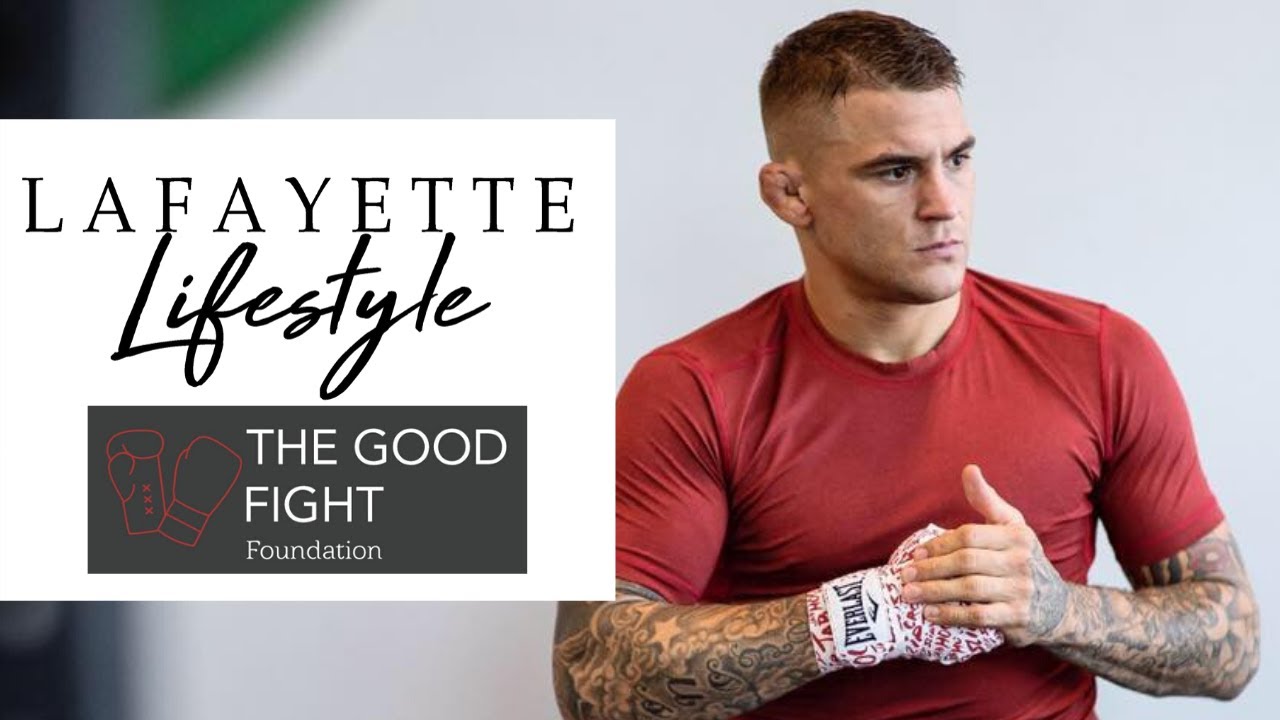 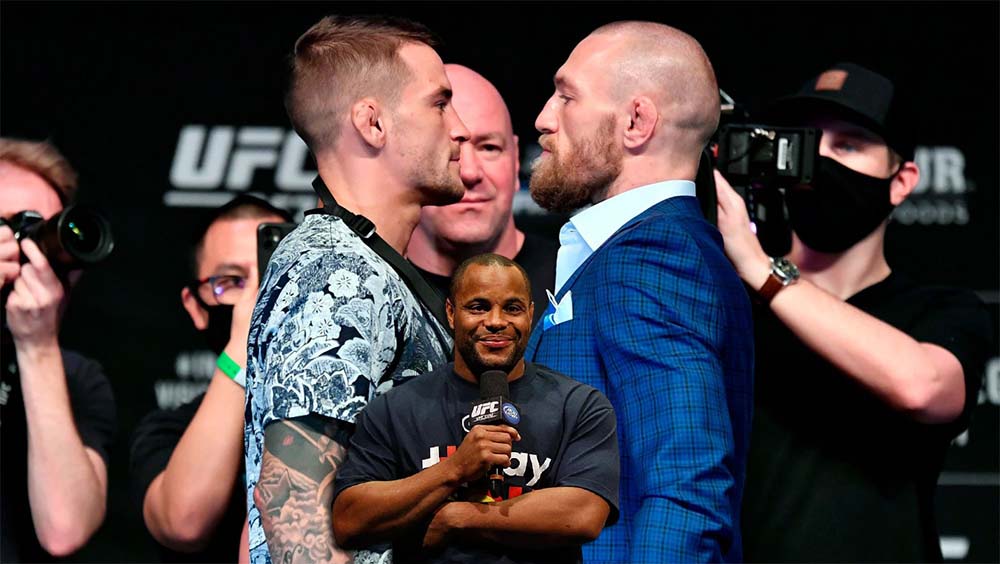 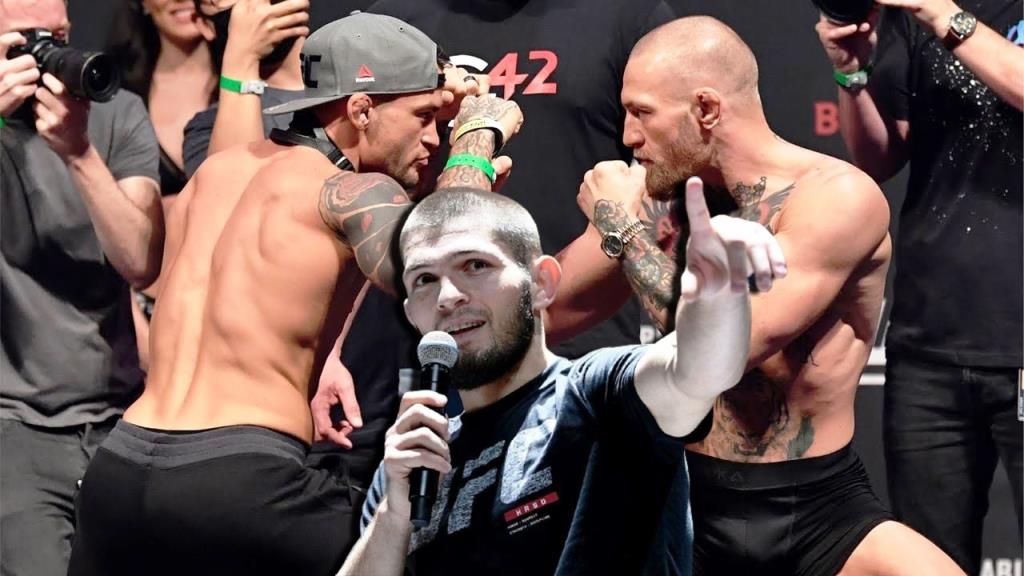