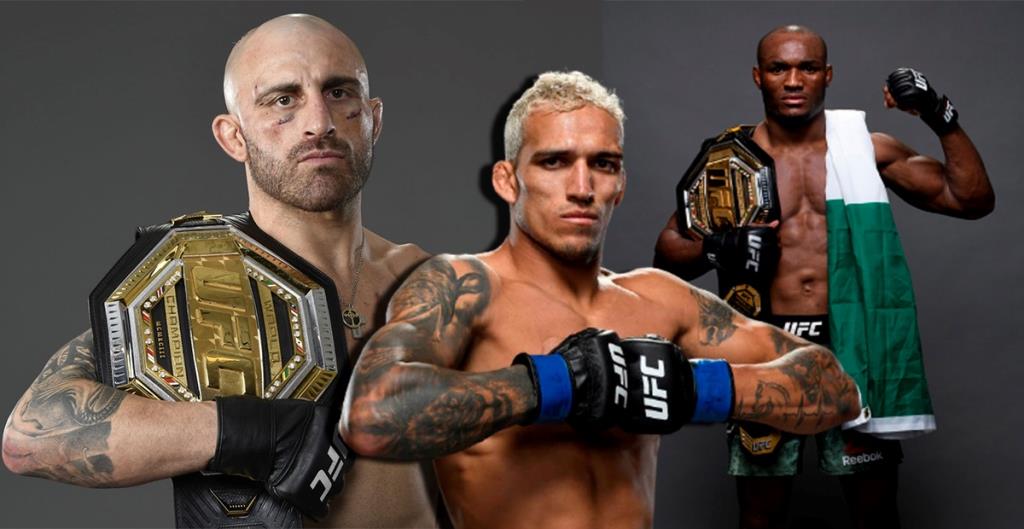 Charles Oliveira said he would change the weight class.

The rags to riches story of Charles Oliveira is one of the most inspiring tales in the sport’s history. After suffering multiple disappointments midway into his career, ‘Do Bronx’ bounced back and got himself the lightweight strap following Khabib Nurmagomedov’s departure.

Despite attaining gold, he is not satisfied as he wants to feature among UFC legends such as Conor McGregor, Amanda Nunes, and Daniel Cormier.

In a recent conversation with MMA Fighting’s Portuguese-language podcast Trocação Franca, Oliveira expressed his desire to venture into the featherweight or welterweight divisions. Although he is confident about the 145-pounds weight class, he further mentioned he would only make the move if he’s offered the title shots directly.

“I really thought I couldn’t drop to 145 anymore, but this last weight cut, I was really [close to] 155 before the fight with this work we’ve been doing, with lots of water in the body, and we believe we could easily make 145.”

“Becoming a two-division champion, a Brazilian man, would be awesome.” ‘Do Bronx’ continued.

Although Charles Oliveira is in a league of his own, ‘The Nigerian Nightmare’ and ‘The Great‘ are no easygoing duelists. Notably, both of the elite MMA fighters have blazed their names in their respective divisions and are currently undefeated in the premier promotion.

Hence, they are all in form, but it will be tough for Oliveira as he has to move up or down a weight class. At featherweight, he would have to face ‘The Great’; a tough opponent who has remarkable wins over the likes of Brian Ortega and Max Holloway.

Meanwhile, at welterweight, stopping Kamaru Usman will be an unenviable task; the likes of Colby Covington, Jorge Masvidal, Leon Edwards and Gilbert Burns have tried and failed.