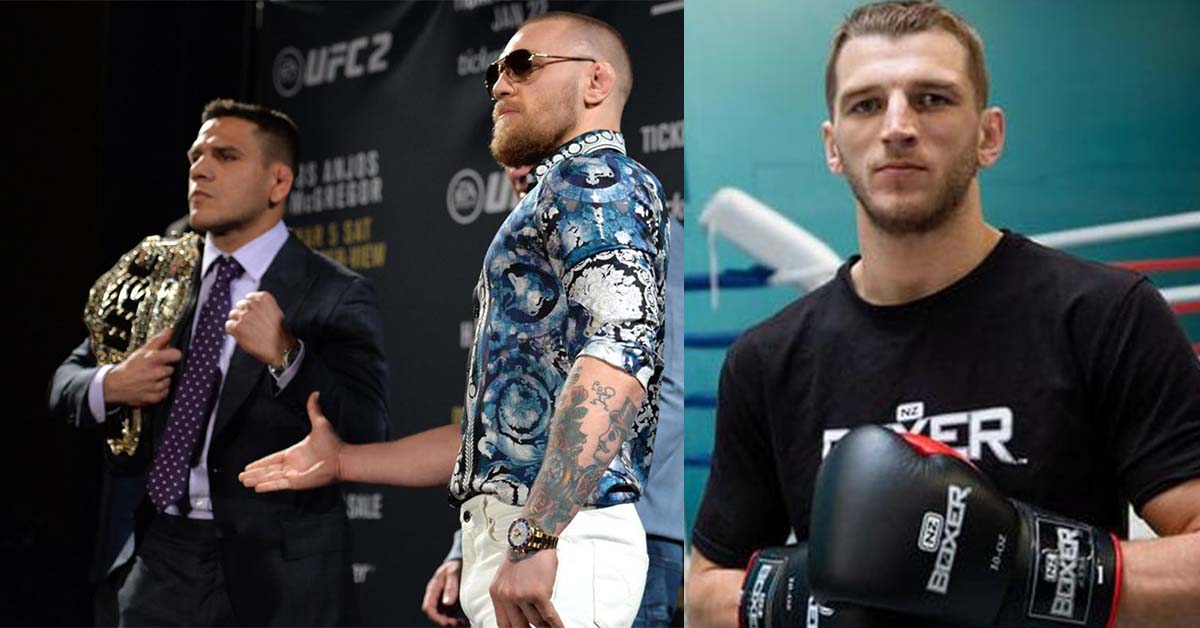 Dan Hooker thinks Conor McGregor might yet again fight for the UFC lightweight title down the line. To earn another crack at gold, however, ‘The Hangman’ feels McGregor must first beat former champion Rafael dos Anjos.

The Irishman is currently healing from a leg injury and is expected to return to the octagon later this year. Hooker believes dos Anjos vs. McGregor is a matchup that the UFC must consider booking for the Dublin native’s comeback fight.

McGregor and dos Anjos were previously booked to fight one another for the title at UFC 196, but the matchup never came to fruition.

That, coupled with the fact that neither man really likes each other, makes it a marketable fight, according to Hooker. During a recent interaction with The AllStar, the New Zealander said:

“I think Conor gets a title shot off RDA. I feel like he beats RDA, he gets the title shot… I think, just because of the backstory that’s there as well like, they were set to fight. RDA’s like, a former champ, they can show how it all played out from the last fight, like tied together, it’s a big fight, that’s a big fight. I feel like that fight is marketable for sure, like it’s a fight that’s supposed to happen and kind of fell through.”

Check out Dan Hooker’s reaction to UFC 272 with The AllStar below:

Following his impressive unanimous decision win over Renato Moicano at UFC 272 this past weekend, Rafael dos Anjos said that it makes sense for him to fight Conor McGregor next.

The Brazilian pointed out that while Islam Makhahcev is currently set to fight Beneil Dariush, he’d like to welcome McGregor back to the ocatgon for a money fight.

During his appearance at the post-fight press conference, ‘RDA’ said:

Catch dos Anjos’ appearance at the presser below: