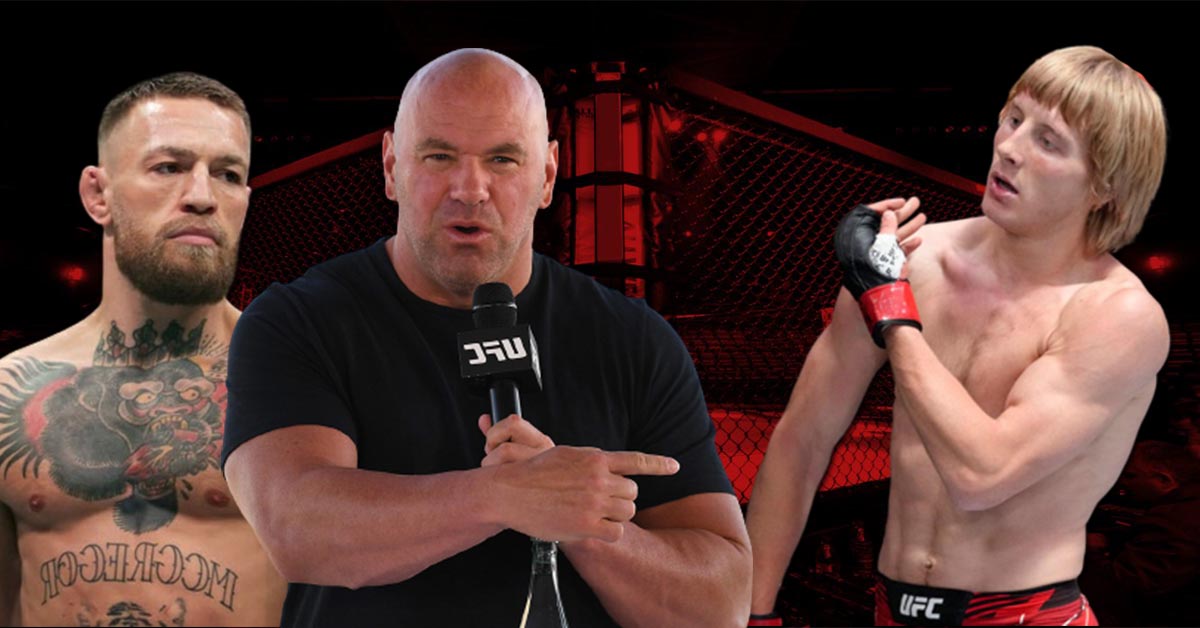 Dana White doesn’t think Paddy Pimblett will be the next Conor McGregor. According to the UFC president, McGregor is a one-off case and will never be replicated.

However, as per White, there is a similarity between the way both Pimblett and McGregor were welcomed by UFC fans. The 52-year old recently told Nik Hobbs of Sky Sports:

“Listen, they’re two totally different people. And you know, there will never be another Conor McGregor. But Paddy will have his… you know however his career’s gonna go, you know, however that whole thing plays out. I usually don’t compare guys to other guys. Paddy though, it is very much like Conor in that, right into the UFC people were interested and he had a lot of fans.”

Like Conor McGregor, Paddy Pimbeltt made his way into the UFC after making a name for himself in Cage Warriors. While Pimblett was the lightweight champion in the feeder league, McGregor held both the lightweight and featherweight titles during his time.

However, Pimblett was dethroned by the time he signed with the UFC, unlike McGregor, who came in as the two-division champ.

Paddy Pimblett on a potential fight with Conor McGregor

Paddy Pimblett is confident that he will be the biggest name for the UFC by the end of 2022 barring Conor McGregor. Pimblett also believes that a potential fight against ‘The Notorious’ could result in the highest selling bout in UFC history. ‘The Baddy’ recently told ESPN MMA’s Brett Okamoto:

Paddy Pimblett made his UFC debut against Luigi Vendramini in September last year. Pimblett scored a huge comeback victory via first-round TKO after getting rocked early. The Liverpudlian is now scheduled to face Rodrigo Vargas at UFC London this weekend.